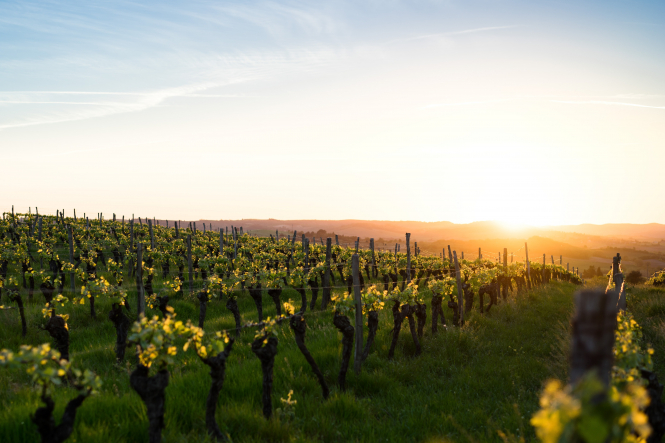 Many vineyards normally immune to frost were affected as temperatures dropped as low as minus 7C in some parts. Fortunately, after an anxious six-week wait to see how and if the frosted vines would regrow, the picture is not as bad as had been feared.

The effects of the frost

Victor Dubois, a consultant for ICV, one of the larger service providers to winemakers, told Connexion: “We can now see the key factor was the extent to which vines had advanced in their budding process. I work mainly in the south Rhône Valley and here the warm early spring meant early maturing varieties of vines, like grenache noir, were advanced, and were hit hard by the frost. You never know what the year will bring until the harvest, but some people are looking at losses of around 50% due to the frost, although even that is not certain until the fruit has set. We cannot say that rosé production will be down 50% –there are too many variables in the season still to come.”

Some producers in the Luberon, who at first feared that they would be hard hit, escaped with little damage, simply because the buds on the vines were not very advanced, said Mr Dubois. When buds are frosted, there is usually a good chance that they will grow again, although grape yields can fall by up to 80% on more affected plants. Vine owners got a more precise picture of the extent of the damage at the start of May.

Brice Eymard, who heads the Conseil Interprofessionnel des Vins de Provence (CIVP), said: “It was an exceptional frost because it covered most of Provence but also because of its severity, with temperatures dropping in some places to minus 7C. “In places, the effect was amplified because vines were a couple of weeks ahead of their normal development.”

In a statement in the week after the frost, the Chambre d’Agriculture of the Gard, one of the departments hit hardest, said regions that were normally frost-free were affected. Rain in the night before the frost had left the air and ground humid. As water evaporated into the freezing air, it froze on the vines. “Unfortunately, this exceptional episode affected a very large area,” the Chambre d’Agriculture wrote. “Damage has been seen on some slopes which normally are very seldom affected.”

The popularity of rosé

Provence has some grape varieties which are traditionally the first to come into leaf in the country. In some parts, the warm spell in February meant they were a week or two ahead. Some of the vines were still at the “buds in cotton” stage of development, where the soft white fur on the buds offers some protection. Where this happens, the grape harvest is likely to be a bit lower than normal but still high enough for wine to be produced. Early advice to growers was to reduce the amount of treatment on affected parcels of vines, while ensuring that the regrowth remained healthy so there will be a good chance of the vines recovering in 2021. Other parts of the Mediterranean wine-producing areas, including the Var, were hit by frost at the same time – the nights of March 24-26.

Mr Eymard of the CIVP said wine production in the industry had started to rebound, led by the increasing popularity of rosé wines, in spite of a smaller than hoped for harvest last year due to the drought. “There is little doubt that this frost episode, along with the loss of restaurant sales during the lockdown, will hit the wine industry in Provence,” he said. “But it will not sink it. We have had some good years and built up reserves to see us through hard times, and sales of our wines in supermarkets and export continue to be strong.”

Parts of Bordeaux and Cognac wine-growing areas also had a frost scare, but temperatures did not drop as low as they did further south. Some growers used noisy wind machines and lit straw bonfires to keep the frost at bay, provoking complaints about the noise and smoke from residents. The frost came just after the publication of an official study on rosé wine which showed that global consumption had risen by 40% between 2002 and 2018, the latest year for which figures were available. France and the US are the two biggest consumers of rosé wine, with France drinking 34% of the world’s production and the US 20%.

Home delivery of wine ordered over the internet was allowed during the lockdown period, while visiting independent producers selling their wine was banned. Vineyards in the Hérault region had been planning to launch a new site for months, and were fortuitously able to do so in late March. The site, ddwine.fr, launched initially with wines from the Russian-owned Château Capion but enlarged its offer to include a dozen independent, mainly family-owned wine makers. Prices start at €8 per bottle.