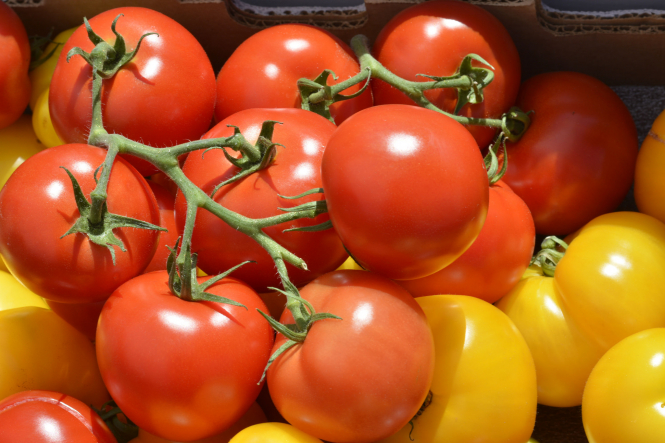 French shoppers are unimpressed with the quality of traditional summer fruit they buy, according to a consumer watchdog study.

A total 25% of the same respondents said they liked the tomatoes' taste; while 44% were satisfied with the flavour of the melons.

"We have found this opinion for eight or nine years [...] especially for tomatoes, there is a disenchantment that has taken hold," the CLCV's François Carlier said, when the group revealed the results.

Opinions on the taste of melons has dropped considerably in recent years, he noted. It "is one of those fruits subject to randomness. The season was not very good [...] so the melons came out insufficiently sweet - this is probably what caused the dissatisfaction," Mr Carlier said.

Tomatoes from specialist fruit and vegetable shops had more taste, the study found but were, on average, almost 34% more expensive than tomatoes from supermarkets.

Ironically, the opposite is true for melons, where discount stores' goods ended with a satisfaction rate of 57% for overall quality and 50% for taste.

'Bio' fruit were not considered. "There is no reason to think that organic is better in terms of quality. It is a health and environmental guarantee, but it does not provide a clear taste quality."

The taste test results come, despite nearly one in two people (48%) is satisfied with the quality of all the fruit they buy.

The CLCV said, in future, taste criteria - including sugar level and acidity - should be incorporated into control standards for tomatoes, while minimum sugar standards for Label Rouge or IGP melons should be put in place across the board.