Hurry to catch the Grand train 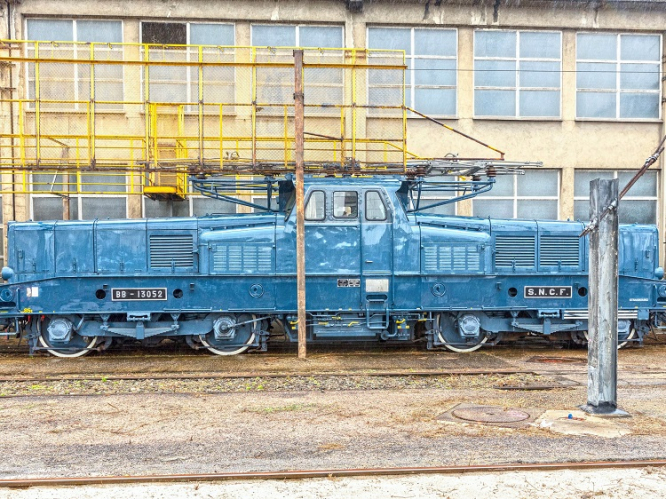 The BB13000 was an electric locomotive
By Connexion journalist

Since May, the 2,000m² hangar that was a repair and storage centre for trains in the north of France between 1823 and 2013, has hosted the SNCF’s second annual temporary ‘living’ railway museum, where visitors can stroll among vintage trains.

The national rail operator has worked with events company Allo la Lune to create the temporary museum, which has been described as ‘Disneyland for Bobos’. (bourgeois-bohème)

Allo la Lune director Denis Legat said: “I don’t think there are many places like this in France. It is really magical.

“It is not just an exhibition centre but a living place where we hope people will want to come back several times and benefit from all that is on offer.

“We feel we are lucky to work in what is a child’s dream world and to bring new life to this place which is full of railway history.”

As well as the trains, the venue also features displays of rail memorabilia including SNCF uniforms, posters and the tools that were used in the depot.

And, when you have admired the 20 trains on show — ranging from early 20th-century steam locomotives to one of the last Sud Est TGVs — as well as the exhibitions, there are plenty of other activities on offer.

One of the most popular attractions is a 10-wheel steam train, the famous Le Capitole, which took passengers from Paris to Toulouse from 1960 to 1991.

Every Saturday and Sunday there is a local produce market, and there are six pop-up bars and eight restaurants to choose from if you want to make a day of your visit. You even can have your hair cut, sign up for a tattoo, enjoy a tea dance, watch a film, go to a concert, take part in a conference or take your children to the playground.

The bustling village among the trains includes a restaurant in a first-class Corail train and another in a carriage with a view on to a cinema screen which shows images from the picturesque Paris-Venice line.

Last year, 200,000 Parisiens visited the depot when it was opened to the public for the first time.

More than twice that number were expected through the doors this year.

The temporary exhibition — which is open every Wednesday to Sunday from 11am to 11pm — will close for the final time this year on October 16. Entry is free, but there is a fee for some activities. For more information see www.grandtrain.com