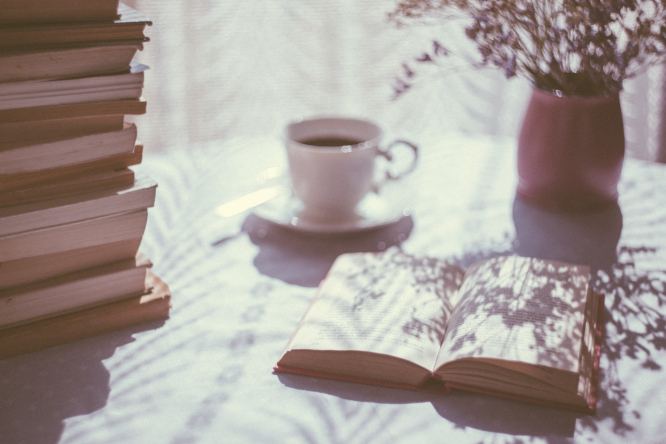 What You Could Have Won by Rachel Genn

Rachel Genn sets a golden scene in Greece, depicting paradise through the privileged eyes of the narrator, later revealed to be Harry Sinclair, a failing psychiatrist whose girlfriend (Astrid) is some sort of musical superstar. Mirroring real life, however, the image of paradise is soon infected with paranoia, animosity, and isolation; emotions and experiences which stem from Astrid’s fame, and all its high points and pitfalls, as explored in this toxic love story.

It is an encapsulating novel, arousing all the senses with vivid descriptions; such as that of Grecian Gigi, who “smelled of sweat and pine cleaning fluid”. Some personalities in this book are easy to identify, whilst others come across as ambiguous, the first chapter promising a dark unravelling; a fate common in so many celebrities’ lives.

The story follows this couple, the psychiatrist and the superstar, to and from rehab in Paris, a Greek beach resort and bustling New York, as a dark dependence ensues thanks to the malicious intent of the boyfriend (Harry). There is hope, though...

The author explores female resilience, often in the face of attempted and successful social control from the bullies of the industry... a trope which Astrid’s boyfriend Harry regrettably succumbs to. But stick by Astrid through her toughest times and you can hope to find her prevail in the end.

Unspoken pulls the reader straight into death in Bordeaux, and travels through London, Ireland, Montpellier and Languedoc-Roussillon. The story begins at the funeral of the protagonist: the reader is first introduced to Sinead as a dead woman, through the reading of her self-written obituary by someone presumed at this point to be a good friend, old lover, somehow omnipresent male figure: Jack.

Sinead’s obituary, which she had written for a University assignment, lays out her life in the most fantastical way; how she saw herself. An enthusiastic, determined, hard-working woman who surrounded herself with similarly powerful characters, dead at ninety-five. She travelled all over the world, followed her dreams, amazed her grandchildren with stories of all the famous people she met. She moved to France and wrote a book that got turned into a film.

The narrator, Jack, brings a cold hard slice of truth, though: “Well, she’d certainly got that wrong. She was only sixty-five. And she had gone to live near Bordeaux, not Montpellier”. “…it was quite uncanny that she appeared to have achieved so much of what she had set out to do, although she had never actually written the book, and there had been no film.”

The real intrigue begins with the hint of a life-changing event that took Sinead from Ireland, where she was born, towards her future and the rest of her life. The intrigue grows when the obituary goes on to talk about the fund she hoped she would have started when writing her obituary – one that helps reunite parents with children. Thus a tale as old as time appears; a young pregnant woman’s wants and needs are hushed, pushed under the carpet for the rest of the world’s convenience...

Author Allan Munn penned this book using recorded and oral history, anecdotes and real life experiences. It spans the divisive topics of colonialism, from an interesting angle; that of a White African, Munn, who was born and raised in Rhodesia, now Zimbabwe. The foreword by Dr. Roy Sugarman serves as a stern warning. The author is aware of what writing a book like this can invite – of course there will always be those who disagree – but Dr. Sugarman advises us all to read on, if only to engage with a perspective different to one’s own.

The book explores, in detail, the ‘end’ of western colonial rule in Africa – France included, of course – and how the “premature end” of that still affects all countries today. Munn is not saying that the end of colonial rule was a bad thing, though – merely that the process of the exit was extremely problematic and indeed had dire consequences. He also covers other political milestones, positive and negative, such as Robert Mugabe’s “kleptocratic reign” that “abolished democratic progress” in Zimbabwe.

In his opening statements Munn acknowledges both privilege and how that shaped his experiences, and also that his is just one of many experiences to be heard and explored. In short, Munn aims to clarify “colonialism’s confused history” and shares lessons that perhaps we can all learn from our predecessors’ mistakes.