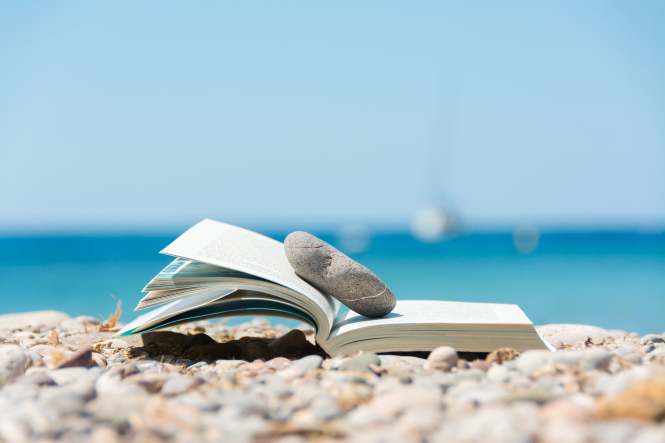 Two historical reads this month and a dash of the thrills to get your teeth into whilst the sun is still shining Pic: Lucky Team Studio / Shutterstock

Marie-Antoinette: The Making of a French Queen - John Hardman

We all know her name, but who was the real Marie-Antoinette?

That is the question that John Hardman explores in his book Marie-Antoinette: The Making of a French Queen, set to appear in paperback on August 24.

Marie-Antoinette was the last queen of France before the French Revolution. She was born an archduchess of Austria in 1755, and died after being convicted of high treason and executed by guillotine on October 16, 1793.

It is what lies between those moments that Hardman focuses on.

His search for answers leads him from the court of Louis XVI, to the last year of Versailles, the fall of the French monarchy and Marie Antoinette’s eventual demise.

The book is presented as “a new look which fundamentally overturns our understanding of this famously ‘out of touch’ queen”, with Hardman relying on new sources to tell the tale of the doomed queen.

It shows for the first time the true influence that Marie-Antoinette had during her lifetime, and how she used it.

The book, for example, sheds new light on Marie-Antoinette’s opposition to her mother’s aggressive foreign policy strategy, on how during the revolution she listened to the ‘third estate’, including farmers and business owners, and how she worked with repentant radicals to support the cause of the constitutional monarchy.

It was named book of the year by The Spectator in 2020 (the hardback edition), so it is sure to be an insightful and gripping read.

A vital addition to any French history buff ’s collection.

The Chateau is Cooper’s second book, after her debut novel The Chalet became a Sunday Times bestseller, sold over 80,000 copies and spent three weeks in the Kindle top 100.

Like her first book, The Chateau is a teasing thriller. It is obviously set in a chateau in France - an ideal location for a mystery.

The premise is that a couple from the UK with a secretive past move into a chateau in France in a bid to start a new life. They want a fresh start. In that respect, things start well.

They settle in nicely at first and are warmly welcomed by the local community.

But then, during an extravagant party, one of their neighbours is murdered, and the fairy tale castle life suddenly becomes sinister.

The book teases, “someone knows exactly why they really came to the chateau. And someone is going to give them what they deserve”.

Cooper seems to have hit on a winning formula, combining idyllic French settings with dark and captivating murder mystery plots.

This makes sense, as she herself lives in France with her family, and is a self-admitted fan of Agatha Christie, who she discovered as a child.

If the success of her debut is anything to go by, The Chateau is set to be a thrilling ride.

We hope it is not the last France-based thriller that Cooper produces.

Noor Inayat Khan – codename Madeleine – was the first female wireless operator to be sent from the UK into occupied France to assist the French Resistance during World War Two.

Three months after the Allied invasion, she was executed at Dachau concentration camp. Her last word was reportedly “liberté”. She is a heroine of the war efforts and was posthumously awarded the George Cross, the highest civilian honour in the UK.

The book dives into her dramatic story. It tells of how she was a most unlikely candidate to become a war hero, coming from an Indian family devoted to peaceful reflection.

It is reported that she said before her death, “I wish some Indians would win high military distinction in this war. If one or two could do something in the Allied service which was very brave and which everybody admired, it would help to make a bridge between the English people and the Indians”.

Noor Inayat Khan was that heroic brave person, and her name is sadly not well known enough. This book will help to rectify that – her story deserves far more attention than it has got.

Gardening in France: French history and care of Christmas trees
28 November 2021
More from Books
More from Connexion
Get news, views and information from France
Join the newsletter
Subscribe to The Connexion