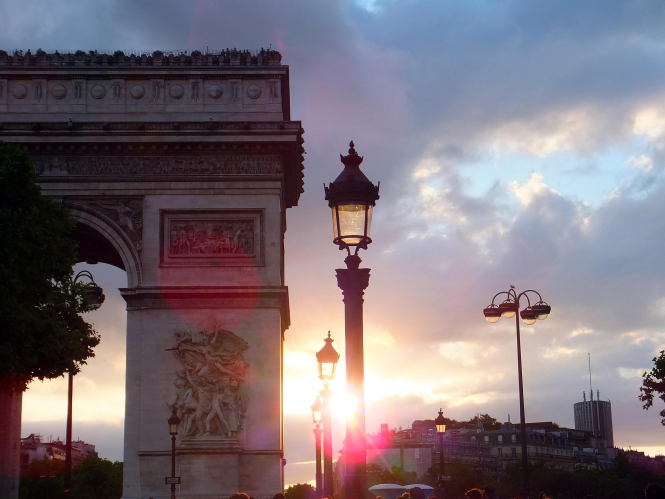 The body of the Unknown Soldier was buried under the Arc de Triomphe in Paris on January 28, 1921, a symbol of all the soldiers who have lost their lives fighting for France
By Connexion journalist

A saviour sibling is a child who is born to provide an organ or cell transplant to a sibling affected with a fatal disease.

Umut’s older sister, Asya, suffered from the most serious form of beta thalassemias, a blood disorder. She had to receive blood transfusions every three to four weeks to stay alive.

Professor René Frydman, the doctor behind the first IVF birth in France in 1982, suggested they could manufacture life-saving stem cells from a sibling.

Eight months after Umut’s birth, a transfer of stem cells helped eliminate all the diseased cells and she was cured.

Her motto “luxury must be comfortable, otherwise it is not luxury”, changed women’s fashion in the early 20th century, while her innovations include the Chanel suit, costume jewellery and the “little black dress”.

Did you know? Women wearing trousers was illegal in France until 2013

By the late 1920s, The Chanel industries were reportedly worth millions.

In 2014, French intelligence agencies declassified documents confirming her role with Germany during the Second World War.

The body of the Unknown Soldier was buried under the Arc de Triomphe in Paris on January 28, 1921, a symbol of all the soldiers who have lost their lives fighting for France.

The body was that of an unidentified man who fought during World War One. A ceremony is held there every year on Armistice Day, November 11, with France’s president in attendance.

A coffin containing the body of the unknown soldier was brought to a chapel at the Arc de Triomphe on November 11, 1920, where then-Prime Minister Raymond Poincaré delivered a speech. It was inhumed two months later.