France now has oldest working cinema in world, dating to 1899 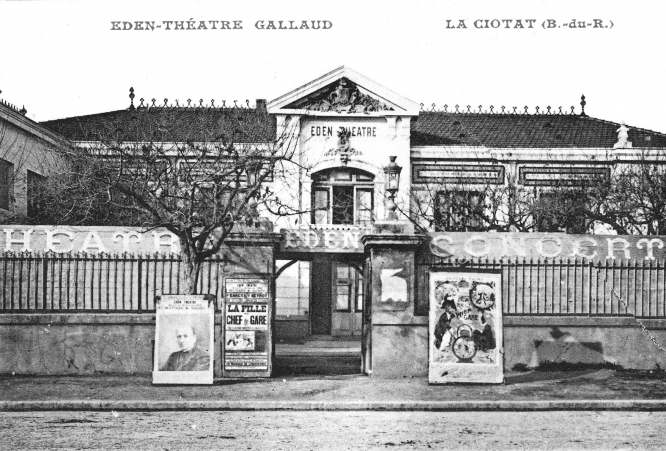 A 208-seat cinema in a French town near Marseille has entered the Guinness World Records for being the oldest cinema still in operation in the world.

Michel Cornille, President of Les Lumières de l’Eden, the association that runs the cinema, said it took more than two years of research to prove that what they had suspected for many years was true, that no other cinema has been open for such a long stretch of time.

The Eden Théâtre showed its first films to a paying public on March 21, 1899.

The association has a poster from the first screening, advertising 19 films by the Lumière brothers, Louis and Auguste, who are regarded as the inventors of the cinema and who had a holiday home in La Ciotat (Bouches-du-Rhône).

Mr Cornille told The Connexion it is a very special part of local life.

“People in La Ciotat have a special relationship with cinema. Many are cinéphiles, film buffs, and support what we do here.

“We do not show the blockbusters, but we encourage film innovation with many up and coming, and inventive producers. Cinema was born here and it keeps on growing here.”

The cinema itself was not the first place a moving picture was shown.

The first time was at the Lumière brothers’ house at La Ciotat and the first time the public paid to see a film, again by the Lumières, was at a café in Paris on December 28, 1895. The building it was shown in no longer exists.

The Eden Théâtre was built in 1889, the same year the Eiffel Tower was completed, and called Theatre as the word cinema did not exist.

It has survived damage to the front of the building from a German submarine mine during World War Two, the cinema industry crisis of the 60s when TV threatened the big screen, and the murder of its manager in 1982, killed during a robbery.

A group of young people took over after that and organised a yearly festival. It was then bought by the town in 1992, listed as a Monument Historique in 1996 and finally restored and brought up to date.

Now it is an icon of independent cinema in France, with the new world record adding to its prestige.