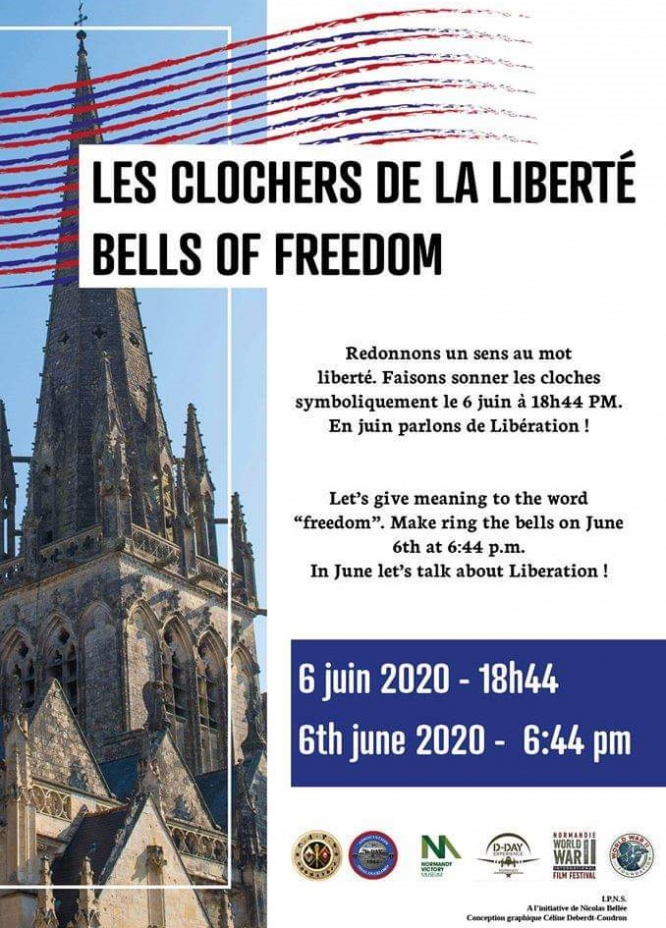 Patrick Fissot of the Normandy Victory Museum, said the idea came to him when he received news of the death of two American veterans who had formed strong links with the commune of Carentan where the museum is located.

“They came over nearly every year, and I just thought how sad it was that there would not be any remembrance of D-Day this year,” he told Connexion.

“Then I remembered the stories of how all the church bells started ringing on D-Day and I thought it would be wonderful if we could do something similar.

"When I put the idea on to our museum group the response was enthusiastic, then word spread, and we have had people from the north and east of France who want to join.”

Originally planned for 06:44 in the morning (to symbolise the month of June in 1944), the time was judged to be too disruptive by the authorities, so it was moved to 18:44.

A facebook event page Les Clochers de la Liberté has been created, in English and French, to explain the initiative.

The museums have been hit by the enforced closure due to the Covid-19 pandemic and are hoping that the restrictions will be lifted, preferably before June 6.

“We have arranged things so visitors will be able to keep a safe distance from each other, and for surfaces to be cleaned regularly, but we need to wait for government approval to open,” said Mr Fissot.

“Realistically we know that re-opening museums is not going to be a priority, so we will just have to wait and see what happens.”