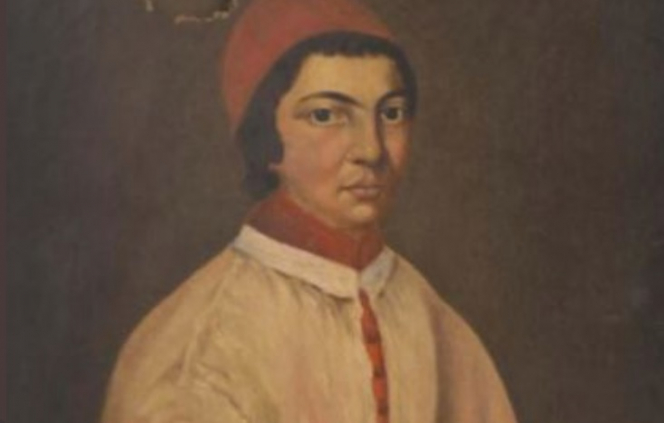 The painting by an unknown artist sold for 1,000 times its expected price
By Hannah Thompson

A painting that has been described as “ugly and damaged” is causing confusion after it was sold for more than 1,000 times the expected price at an auction in the south of France.

The painting by an unknown artist was listed at just €20 as a starting price at the online auction organised by the Lasserre château in Montastruc-la-Conseillère, near Toulouse, Occitanie.

The work has been described as ugly, damaged and torn by the auctioneer Stanislas Machoïr.

Yet, an auction battle between an American and British bidder saw the cost for the painting rise more than 1,000 times its initial price, and it was eventually sold for €20,000.

Mr Machoïr said: “The buyer is a British person who fought with an American as though it was a very famous painting. But it’s probably just a painting done by an amateur, such as we find all over France, sometimes in churches.

“It seems that [such works] are rare in South America, where it will be sent. But honestly, after expert assessment, it is worth nowhere near this sum.”

Yet, the auctioneer said: “It is however possible, according to this buyer, that he may still be able to make a profit.

“This is surprising but, according to him, there is a strong demand [for such works] in these countries. That's new to me. I've sold hundreds of paintings, but this one, let's face it, is ugly - and on top of that it's damaged, and very torn up. It’s a very strange case.”

He said: “This is also due to the fact that we have been buying online for a year, which has led to overbidding that doesn't take place at all like in person.

“Were these two bidders having fun, or were they fighting? Were they caught up in a frenzy, as the Internet can sometimes create? No one can say.

The auctioneer said that he is looking forward to being able to hold in-person, real-life auctions again - as online sales were becoming increasingly more difficult to predict.