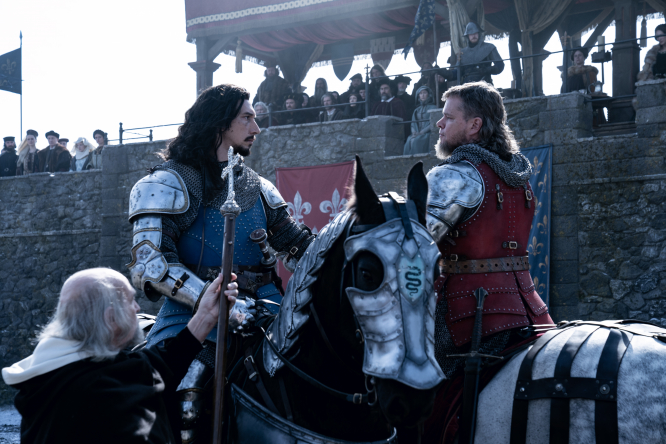 Matt Damon and Ben Affleck star in The Last Duel, which premiered in French cinemas yesterday. The plot is set in France with much of the filming taking place in the south-west -  we look at some of the locations featured.

The American-British film, directed by cinema giant Sir Ridley Scott, tells the true story of the last legally sanctioned trial by combat in France, which took place on December 29, 1386.

The film follows Jean de Carrouges, a knight, and Jacques Le Gris, his squire, who are ordered to partake in a trial by combat when Carrouges accuses Le Gris of raping his wife.

It was believed that in a trial by combat, the winner - and thus the person telling the truth - was chosen by God.

Matt Damon and Ben Affleck not only star in the film but also wrote the screenplay, collaborating with American screenwriter Nicole Holofcener. It is an adaptation of Eric Jager’s 2004 book The Last Duel: A True Story of Trial by Combat in Medieval France.

Sir Ridley, who is behind hits such as Blade Runner and Alien, is a highly-acclaimed director so both critics and audiences have high expectations for The Last Duel.
You can watch the trailer here.

As much of the filming took place in France, in particular in the south-west, you may recognise some of the locations:

The Fontfroide Abbey, founded in 1093, is almost 1000 years old. It is a former cisterian monastery located near to the Spanish border, 15km away from Narbonne.

Various parts of the abbey were used during filming including the cloister and the church itself, which was transformed into the courthouse.

This château, built in the 12th century, sits on top of a limestone cliff and looks over Dordogne, especially its north bank and town. It is one of the most famous and well-preserved châteaus in the region.

Sir Ridley also used other parts of Beynac-et-Cazenac, such as the town church, where the Carrouges’ wedding was filmed.

The largest fortress in southern Burgundy, it was built in the 13th century and features in various scenes in The Last Duel as the Carrouges’ castle.

The Fénelon château was built in the 13th century and is classed as a historical monument due to the strategic role it played during the Hundred Years War.
It is situated between Sarlat-la-Canéda and Souillac, above the village of Saint Mondane.

One of the scenes filmed here is that of Jacques Le Gris’ arrival at the Carrouges’ castle.

Monpazier is a bastide town, meaning it was built especially for defence in the Middle Ages. It has maintained its medieval charm and is now a member of the ‘Most Beautiful Villages in France’ association.

The town’s Place des Cornières served as the setting for the film’s market square.

The Mayor of Monpazier, Fabrice Duppi, reportedly wants to organise an exhibition in the town’s museum dedicated to the filming which took place in the town.

Although the real ‘last duel’ took place in Paris and the preceding events in Normandy, Sir Ridley chose to film many of the scenes in the South-West of France - perhaps they have maintained more of the Medieval ambience the director was looking for.

Some scenes were also filmed in Ireland, including at Cahir Castle.