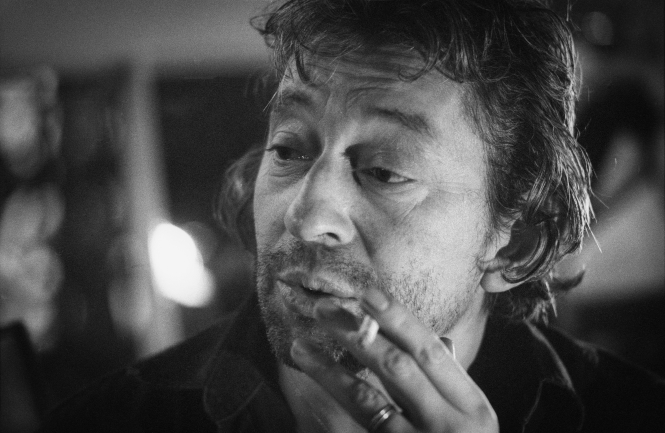 Gainsbourg died March 2, 1991. He is remembered for his iconic music and outlandish and often controversial personality
By Brian McCulloch

The French radio is still full of Serge Gainsbourg songs today, 30 years after the death of the influential musician.

His impact came not only with his music, which in the 1960s and 70s went against the trend of copying UK and US styles to return to French chanson tradition but also through his exploration of new sounds and techniques and because of his provocative live shows and TV appearances.

He also led the country to question the anti-Semitism that lurked beneath France’s surface – much of the criticism of his reggae version of La Marseillaise, made in 1979, was openly anti-Semitic and questioned whether Jews could ever be considered French.

Arguably the backlash, not least from Gainsbourg, led to questions being posed about France’s role in the deportation of Jews in the Second World War and ultimately the trial of Klaus Barbie in France for crimes committed during the war.

He was born in 1928 and as a young teenager in Paris during the war he was forced to wear a yellow star signifying that he was a Jew – his family escaped to the countryside near Le Mans to avoid being rounded up.

Gainsbourg’s fame in the English-speaking world started to spread with his work as a songwriter, especially when his pop song for France Gall, Poupée de Cire, Poupée de Son, led to her success in the 1965 Eurovision song contest.

The song was a huge commercial success for Gainsbourg and was translated into 20 different languages and he followed up with similar pop successes, including in 1966 Les Sucettes, which foreshadowed later provocative music and acts with double sens.

Gall said she never forgave him when she realised how some people were interpreting the song.

In 1968 he met British actress Jane Birkin and they lived together as a couple for the next 12 years.

She was, and is, much loved in France, leading to some jokes about Serge being “Mr Birkin.”

Their song, Je t’aime...Moi Non Plus, featuring the sound of a couple making love (originally recorded by Gainsbourg with Brigitte Bardot with whom he had a brief affair) was an international hit, even though it was, and still is banned from public radio in many countries.

Sales were boosted by expressions of outrage – including from the queen of the Netherlands, who was a big shareholder in Philips at the time – stopping the company from making records with the song on it.

In the 1970s Gainsbourg, who visited the UK and the US in the late 1960s to see the rock music revolution first hand, began making concept albums and songs exploring the French chanson tradition using innovative recording techniques.

These had limited commercial success, going against the rock popular culture of the time, and he also made records influenced by British prog-rock and disco – the music he wrote for the hugely popular (in France) film Les Bronzes  was a chart topper.

One of the titles was simply called Sea Sex and Sun.

It was around this stage too that he started using spoken voice to emphasise parts of his songs, something later picked up by rap artists, and many other French singers.

It was in the late 1970s and 1980s that his TV appearances, where he often appeared to be drunk and smoking heavily, provoked outrage and sometimes admiration.

One famous incident occurred in 1984 when during a rant against income taxes, which he said were taking 74% of his earnings, he took out a lighter and burnt a Ff500 note on live TV – even though he was warned by the host that destroying banknotes was illegal.

The original anti-tax motif was sometimes drowned out by comments saying it was a protest against capitalism or a mockery of the poor in France.

On another occasion in 1986 he caused outrage again when appearing alongside Whitney Houston on a TV talk show.

He made sexually explicit remarks in English about her, provoking outrage from the singer and the observation that, “he must be drunk”.

Host Michel Drucker replied: “no it is how he normally is, just imagine what he is like when he is drunk…”

Gainsbourg himself started referring to his provocative self as Gainsbarre in the sense that the verb se barrer is used to describe people and situations that do not go well and end badly.

After having a first major heart attack in 1973, he continued to have health problems, not least because of his prodigious boozing and smoking, and he died in 1991, aged 62, after a fifth heart attack.

The house where he lived in Rue de Verneuil in the seventh arrondissement of Paris now has its fence and façade covered in graffiti and messages from his fans, and it is planned that it will open as a museum later this year.

The complex history of love, sex and the French