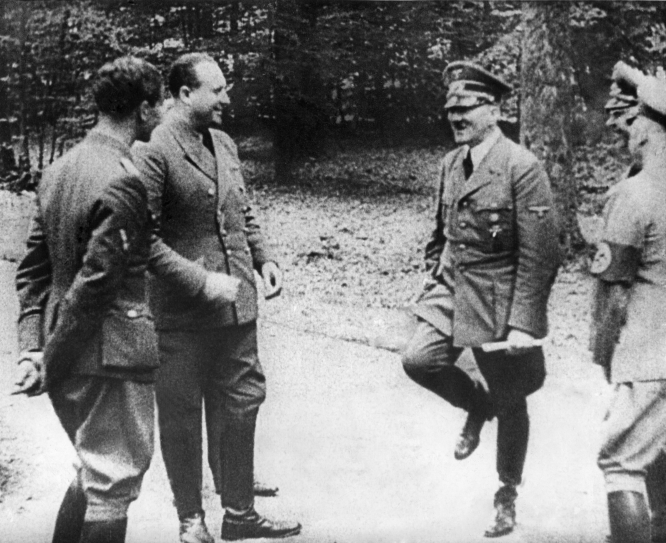 Everyone has heard of Auschwitz, Belsen and Treblinka. Not so many people know there was a World War Two concentration camp in France.

Alsace has changed hands between France and Germany several times in the last 150 years and it was part of the Third Reich when the Nazis opened Natzweiler-Struthof in the Vosges mountains in 1941.

It was a labour camp, not a death camp – originally set up to quarry pink granite to rebuild Germany – but it was deadly.

Some were executed but many were worked and starved to death.

The camp is high in the mountains and was a pre-war ski resort.

It is a picturesque spot now but for the prisoners it was harsh: freezing in winter and sweltering in the summer.

Some of the prisoners were Jewish, Jehovah’s Witnesses or Roma but most were there for political reasons.

The camp took in resistance fighters and political activists from 32 countries.

Many were victims of Hitler’s Nacht und Nebel (night and fog) policy to make activists “disappear”, leaving their families unaware if they were alive or dead.

The camp is now open to the public and its impressive visitor centre houses the European Centre for Deported Resistance Members.

Huts were built on terraces cut into the steep mountainside. Exhausted men had to carry heavy cans of soup from the kitchen at the top of the steep slope down rough-hewn stone steps without stumbling.

Many of the huts have been demolished but the terraces remain. At the top is a museum. A gallows remains as a reminder of the men who were hanged while fellow prisoners were forced to watch and SS officers sat smoking, enjoying the spectacle.

Bodies were carried to the crematorium at the bottom of the camp.

This building – with its sinister chimney – has been preserved and still contains its furnace.

On July 6, 1944, four women captured while working undercover in France as Special Operations Executive agents were brought to this crematorium.

Britons Diana Rowden and Vera Leigh, plus Andrée Borrel and Sonia Olschanezky, were executed by phenol injection but one of them is believed to have been still conscious and struggling as she was forced feet first into the oven.

The pit where prisoners’ ashes were dumped is now a memorial.

Natzweiler’s gas chamber was used by professors from the university in Strasbourg for grim experiments: one of them collected Jewish skeletons, while others tested the effects of poisons, mainly on Roma prisoners.

Commandant Josef Kramer, who went on to run Auschwitz and Bergen-Belsen, confessed that he mixed chemicals and administered them through a tube into the gas chamber.

It is a chilling experience, but visitors can now stand on the same spot as the notorious Kramer and peer through a small window, imagining what he saw.

Natzweiler-Struthof was entered by US troops on November 24, 1944, two days after the SS and the French paramilitary Militia abandoned the camp.

For five years it was used to intern suspected collaborators before the site was declared a memorial.

In 1960, General de Gaulle dedicated a massive Monument to the Departed at the top of the camp.

Today, Natzweiler-Struthof is a place of memory – a site of horror where it is difficult to see the beauty of the mountains and forests through the filter of 20th Century suffering.

Did you know: First woman to sail around the globe was French
14 October 2021
More from Explore France
More from Connexion
Get news, views and information from France
Join the newsletter
Subscribe to The Connexion