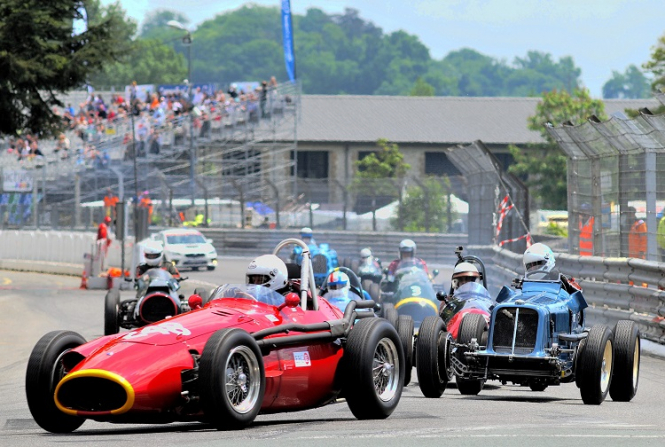 Wellington left a garrison there in 1814, but the town in southwest France really came to Britons’ attention in 1842 when Scottish doctor Alexander Taylor declared the climate beneficial.

Well-heeled Britons flocked to Pau to enjoy the mild winters.

In 1856, the first golf course on the continent was laid out by a pair of Scottish golfers, fabulous villas were springing up and amenities included a ‘palmarium’, a casino, a race track and, of course, a massive range of sporting activities.

The city’s fortunes took a downturn after the First World War, when the glitterati began following the fashion for sea bathing, but Pau’s climate is still so mild that the city is full of palm trees, and the sports on offer include skiing in the Pyrenees (which overlook the city), flying (there is seldom any wind, meaning it is ideal for aviation), hiking, rugby, golf, basketball, kayaking, riding and anything to do with cars.

The Pau-Arnos race-track is a popular destination and the area hosts about six car rallies a year as well as the two major Grand Prix weekends for modern and historic cars.

The Grand Prix in May is held in and around the city centre, which is closed off for the duration.

The track has not changed since it was inaugurated in 1936, meaning it is now too narrow and too technically demanding for Formula 1 or Formula 2 cars, but races here are a fertile testing ground for Formula 3, Formula 4, GT4, Funyo, Twingo, Clio and older modern Posches, and they are the races where fans spot tomorrow’s ace drivers.

“Winners at Pau often go on to win the Formula 1 championship,” said Vincent Lasfargues, the coordinator of the Grand Prix.

“Drivers love the track here, it’s so technical that the smallest error will mean a crash so they have to be on top form, and as well as being close to the crowds, it smells of grilling merguez sausages.

“It is an amazing weekend for the city, 500 volunteers help to prepare and organise, and we put up grandstands and safety barriers, but it is probably the only Grand Prix in the world where spectators are only three or four metres from the track, and the races go on until midnight.

“We also aim to ensure there are places where people can watch races for free.”

The second weekend is almost more important than the first however. “Up to 90% of the visitors to the historic Grand Prix are British,” he said.

“People who are passionate about historic race cars, they come with their families; often the owners and also the mechanics and drivers.

“It really evokes the first races organised here, from Pau to Bayonne and back. Some of the historic cars that race in Pau today were originally driven in the Formula 1 races of last century.”

Around 500 historic cars turn up to the second Grand Prix meeting, some from as far away as Japan and New Zealand.

“One enthusiast ships an Alpha to Bilbao every year and drives to Pau from there. It’s a very English affair,” said Mr Lasfargues.

“It’s all about enjoying the occasion, taking the time to enjoy a meal as well as the cars. It’s a very different atmosphere from the modern Grand Prix.

“Not all the cars race, but there are parades along the race track, so everyone can see the cars running.”

In the run-up to the historic Grand Prix there is a two-day ‘Balade Touristique’ for cars from 1940-1980 from Pau to the Basque country and back.

Anyone with a car from that period can take part and the rally is not timed, it is simply for the pleasure of driving and showing vintage cars.

Back in Pau, the rally culminates with a gargantuan traditional meal in a barn, called the ‘Nuit des Légendes’ and the next day the track is thrown open in race conditions to the 1940-1980 cars, which are then exhibited free to the public.