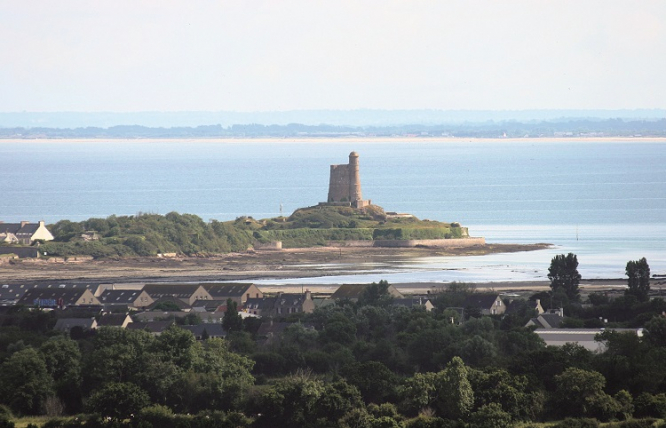 The rich history of Saint-Vaast-la-Hougue, near Cherbourg in the Manche, is one feature that attracted France 3 television viewers to elect it as the Village Préféré des Français 2019.

Its unusual name, pronounced without the –st at the end of Vaast, owes its origins to the Norman name for Saint Vedast and to the Viking word for hill, haugr, which was introduced when the Vikings invaded Normandy in the eighth century.

The history of the village is dominated by its strategic position not far from the British Isles and its long, sandy bay which is made into a natural harbour by Ile Tatihou, which is close to the shore and provides a protective arm for the bay.

This made it the starting point for the Hundred Years War, as it was here, on July 12, 1346, that King Edward III of England landed with his flotilla of 30,000 men and horses to begin his invasion of France.

In this first attack his cavalry proceeded across Normandy, sacking and looting some of the richest lands in France, got close to Paris, and then turned north and won his first victory at Crécy.

It was also at a ceremony in the church of Quettehou, near Saint-Vaast-la-Hougue, that Edward III named his son the Black Prince.

England was the enemy once again in the 17th century and was victorious in 1692 at the naval Battle of La Hougue.

As a result, Louis XIV ordered his naval architect, Vauban, to build two fortified towers to defend the bay. Work began in 1694 and the towers were finished five years later. They are now one of twelve sites listed as the Fortifications of Vauban, Unesco World Heritage Site.

Historian Annick Perrot, who lives in Saint-Vaast-la-Hougue, was responsible for drawing up the dossier for Unesco: “The towers, with their cannons ready to fire from their platforms over the bay, worked so well that the English did not land there again until 1944, when of course it was a different story.”

For centuries the English were despised by the people of Normandy: “I can remember my Grandmother referring to the English as the cursed godons. This is what the local people heard when the invading soldiers would repeatedly swear “God damn”. It has become a local surname. Whether the original families were English settlers, or French who sided with the English, nobody knows.”

One of the Vauban towers, on Ile Tatihou, can be visited by amphibious vehicle.

After the last Great Plague in 1720, ships were made to stop at the island which became a quarantine centre.

Ms Perrot says when people first arrive at her village they do not expect to find such a remarkable place.

From the hill above there is a spectacular view of its sandy bay, the two towers and the harbour which is now used for fishing and pleasure boats.

She said Vauban called it the “most beautiful harbour in France”. He was referring to its military virtues, but for me it is almost the most aesthetically beautiful.”