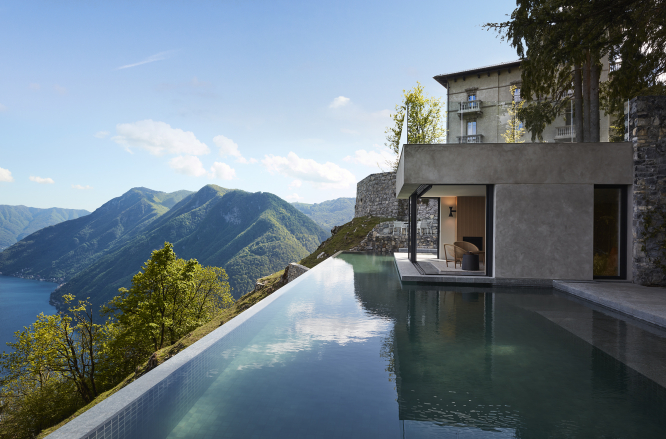 It has been called “Airbnb for the rich” – but Le Collectionist does not like that tag, as it says it offers something very different to the online home rental giant. Based in France, with offices in Spain, the company now employs around 100 people, who look after customers prepared to pay an average of €25,000 a week to stay in luxury villas, chateaux and houses by the sea, plus an extra €5,000 for concierge service.

The company is cited as an example of French tech start-up success. It raised €10million in funding in 2018, but started out with cheeky young men knocking on the doors of sumptuous homes. CEO Max Aniort, 34, told Connexion: “It all started in 2013, when one of my friends, Olivier Cahané, booked a holiday as a treat in what was meant to be a fancy apartment in Barcelona. When he got there, he found it dirty, with nothing in the fridge and air conditioning which did not work – a big disappointment."

“At the time, we were three friends – Olivier, myself and Eliot Cohen-Skalli – from a business school, and we were talking about it when we saw it meant there was probably a market for a platform for people who really wanted a luxury home experience and the owners of such homes.”

After preliminary research, the three went knocking on doors to find properties, in Saint-Tropez and Deauville, because they knew from the movies that is where fancy holiday homes can be found. “It is funny that we are linked with tech companies when our beginning was anything but high-tech. We literally went around knocking on doors of these lovely houses, putting flyers in letterboxes when there was no answer, and talking to estate agents to find out which owners might be interested.”

When they found a handful of properties, they set up a website, even though more than half of their business was – and still is – done by telephone. Word-of-mouth recommendations following that first season meant the company has not looked back.

“We first check what customers are after and then see if we have anything that matches,” said Mr Aniort. “Usually, in this price range, things like having a qualified chef come in to cook at least a couple of dinners and having a suitable rental car are required.” The company takes a 22% commission from the rental.

Almost all the houses on the company’s list have staff to look after the property and grounds, either live-in or living away but working most days. Mr Aniort said it is common for houses to be rented for €10,000 a week by a group of friends who split the cost.

At the other end of the scale, the company had a Canadian businessman client who paid €650,000 for a three-week stay in a luxury villa in Saint- Tropez “who was also one of the nicest people we have ever dealt with”, he said.

Staff are on hand throughout the customer’s stay, and it is this need for staff proximity which limits the geographical spread of the company. It has plans to open an office in Bordeaux, which will pave the way for more castles and beach homes in the south west of France, but Mr Aniort said owners thinking it is a good idea might be disappointed.

“We had around 100 inquiries from owners after a story appeared in Le Figaro, but only around 10 are suitable for us,” he said. “Very often, they are really lovely homes but do not have the staff to be able to cope with what customers are looking for, or are too far from our bases.”

As for the future, the company is concentrating on expanding further in France and then into other European countries, probably by buying up or into existing companies with similar business models. The US, too, is a tempting area, but most likely some years down the line.