The medicinal benefits of spas 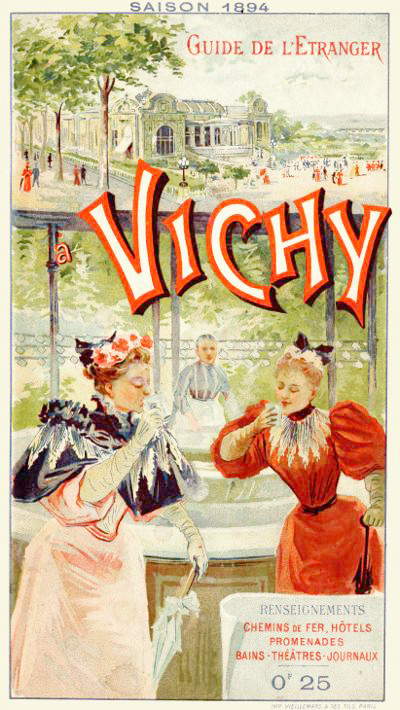 Hot water springs have always been prized for their relaxing qualities; the Romans built public baths all over their empire and every schoolchild knows how much they enjoyed their public baths. Bathing and water generally fell out of favour during the Middle Ages when immersing yourself in water, particularly during the winter months, was considered extremely unhealthy. But by the 17th century, good sense had prevailed and luxurious spas had been constructed all over Europe. Vichy (France), Spa (Belgium), Baden-Baden (Germany), Bath (UK) and Karlovy Vary (Czech Republic) were just some of the high temples built to glorify the benefits of splashing with, plunging into, wallowing in, and gulping down thermal waters.

It was thought that these waters contained healing properties and as medical science was in its infancy, people with enough money to do so, flocked to spa towns. Some mineral water actually does contain minerals like iron and potassium and perhaps ailments arising from mineral deficiencies were cured, and perhaps hot water also did cure some skin complaints. What seems more certain however, is that a period away from the city, resting and relaxing at the fashionable baths all day and frittering time away at balls, card parties, dinners and concerts, was hugely popular.

The glitterati gambled, danced and dined, flirted with politics and each other, showed off their finery and their fitness, and today, although perhaps some of the guilt has worn off the traditional spa towns, not much has changed. The grand spas of Europe still offer a seductive combination of luxury, wellness and amusement. But nowadays they are financially far more accessible. In fact, in France some of them are actually free.

‘Balnéothérapie’ sessions prescribed by a French GP and carried out by a ‘kinésithérapeute’ (usually just called a ‘kiné’) are reimbursed, which is no great surprise. But so are 18-day stays in a hot-water thermal centre. ‘Une cure thermale’ can be and is often prescribed for a whole range of ailments and ALDs (‘affections de longue durée’) including arthritis, digestive disorders, heart, lung, skin or gynaecology problems, and psychosomatic pain.

The prescribing GP chooses the closest centre offering the cure required, and then the patient contacts Cpam (ameli.fr) and possibly their mutuelle, to arrange funding. (Which is surprisingly quick and easy, in fact.) Depending on the affliction and the person’s income, Cpam will reimburse the cost of the medical supervision, the hot water treatments, board and lodging at the ‘station’, and even transport there and back.

Treatments, after a medical check-up, tend to consist of a series of baths in various pools of different waters at different temperatures. Some are milky with clay, others almost fizzing with minerals, some relaxingly hot, others refreshingly cool. A variety of massages and physio usually completes the treatment. It’s all part of the French health system, and some people go back year after year.

1 day ago
3
Barclaycard stopping cards for residents in France