Tide turns Mont-Saint-Michel into an island 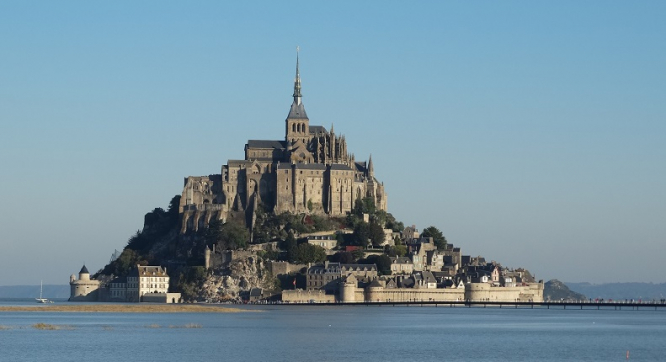 High tides temporarily turned Mont-Saint-Michel in France into an island on Monday.

Such a high tide is a rare phenomenon - in the space of a few hours water even covers the raised bridge connecting the UNESCO World Heritage Site to the outside world pic.twitter.com/mgTtWmI3Zq

The phenomenon, which can take place up to 20 times a year, saw the World Heritage site cut off from the mainland for several hours, as the 760m curving bridge - opened in 2014 - to the island flooded, as it is designed to do.