Watching the Tour de France 2021 in person: Route and rules 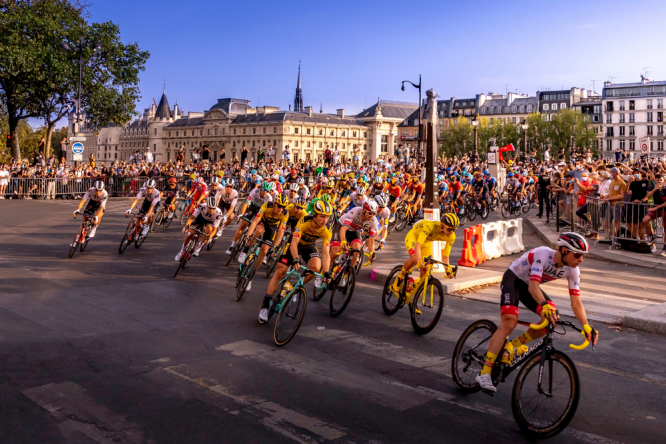 The Tour de France 2021 is underway after riders departed from Brest in Brittany - instead of the previously-planned Copenhagen, Denmark – on Saturday 26 June.

The 108th in the race’s history, the route will cover a total length of 3,383 kilometres, arriving in Paris on 18 July. It will pass through Châteauroux, Indre and over the Alps before moving south to Nîmes in the Gard. Then it will traverse the Pyrenees and Andorra, heading back up to Bordeaux before finishing in the capital.

Due to Covid-19, this year's race is keeping within France for the entire route, except for a short hop into Andorra. There will be no stages in Spain, Italy, or Switzerland; and the Denmark departure has been postponed until at least 2022.

Where are the stages of the Tour de France 2021?

The first four stages are taking place in Brittany, including the Mûr-de-Bretagne section, which has already been part of the Tour de France route three times in 10 years (2011, 2015, and 2018).

This year, viewers have had to wait longer before the riders reached the more mountainous areas after the 2020 route was criticised by some as having too much elevation

The Alps will welcome just two stages in 2021. These will include the Colombière pass, and the stage between Cluses and Tignes.

There will be four stages in the Pyrenees, including the climbs of Tourmalet, Peyresourde, Portet, as well as those in Andorra.

For the first time in Tour de France history, riders will be required to climb the infamous Mount Ventoux slope twice, before ending the stage in the foothills, at Malaucène, on July 7.

Stage One (June 26): Brest to Landerneau

There will also be two timed stages in 2021, in contrast to the single-stage held in 2020. The first will be between Changé and Laval; the second between Libourne and Saint-Emilion, the day before the final stage to Paris.

What are the rules for watching Tour De France 2021 in person?

Much like the 2020 race, there are a number of protocols in place for watching the Tour de France this year.

Up until June 29, to access the fan park and watch the start and finish of races you must have a 'pass sanitaire' that shows evidence of having had your Covid vaccination (both doses unless the Janssen one-shot vaccine), or a negative PCR test or antigen test within the past 48 hours, or a positive PCR test result from more than 15 days ago but less than five months old.

The health pass requirement is subject to change after June 30, said race director Christian Prudhomme in an interview with Europe1. It is not known if it will be needed at the finish line in Paris yet.

Read more: French health pass launches today: How and when to use it

At other stages, you do not need a health pass to watch the race.

Social distancing measures and wearing a mask are also recommended.

Spectators are also asked to keep a 2-metre distance from riders at all times, while autographs and selfies are not allowed.

There will be a strong police presence across the stages of the race who will be able to enforce social distancing and will also ensure a protective bubble around cyclists.

The police presence will be especially significant following the recent crash caused by a woman holding a sign in the pathway of the riders during the first stage at Landernau on June 26.

3 days ago
3
When and how are Covid test rules changing for France-England travel?

4 days ago
4
France-England travel: Day 2 PCR test to be dropped for the vaccinated