Haut-Rhin: the village that burnt 60 witches at the stake 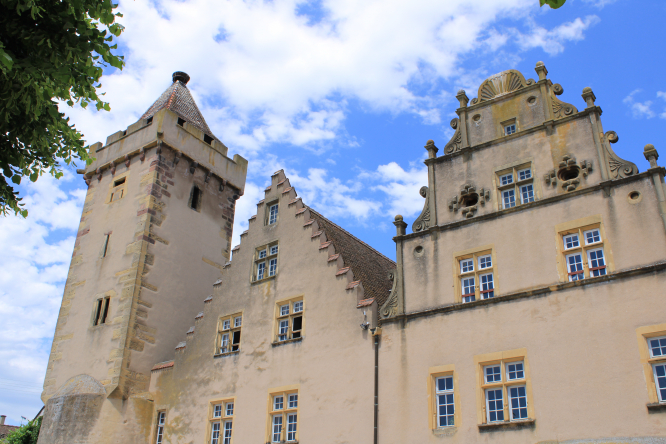 Throughout history, Rouffach, Haut-Rhin, has known periods of wealth as a centre of commerce and producer of some of the best Alsace wines, together with wartime periods of desolation, including the Thirty Years War from 1618-1648 and occupation under the Nazis in the Second World War. It is best known, though, for its links with witchcraft. Every year in July, thousands flock to the village for the Fête de la Sorcière, cancelled this year due to Covid-19 regulations.

Its relationship with witches dates back to the 17th century when archives show that around 60 people were burnt at the stake, convicted of practising witchcraft. Nearly all of them were women, but there were a couple of men and there was also one child.

Julie Hail, from the Rouffach tourist office, said persecution of people branded as witches was common practice throughout Alsace at the time, but there is more surviving evidence in Rouffach than in other towns: “We have a building called the Tour de Sorcières and we know it was the prison where the women accused of being witches were held.”

It was the town prison from the 13th century onwards, but is remembered for the women who were kept there during the 16th and 17th centuries. “We also know that the women were interrogated in another building which is now the Caveau du Haxakessel restaurant,” said Ms Hail. “It is said the women were questioned for hours in the vaulted cellars until they confessed.”

The Chapelle des Sorcières, built on a rocky spur known as Bollenberg, stands just outside the village. The chapel dates from the 19th century and was built on the site where the witches were said to gather to banish its reputation for evil spirits. It is an exceptionally sunny place where a wide variety of plants grew, many of them used for medicine. This is perhaps why the women who used to collect them got the reputation of being witches as they made up their concoctions.

It is still a place where legends abound. One tells of a young girl whose greatest desire was to become rich. She went to Bollenberg, and found herself in a palace. A man said to her: “If you give yourself to me, you will have riches in gold.” The next morning the villagers came in search of her. They found her in a pitiable state on the hill. She told them that though they mocked, she was now rich. But when she opened her apron all she found were horse droppings and leaves. She then fainted and gave up her longing to be wealthy.

Every August 14 and 15 there is a ceremony at the chapel when the effigy of a witch is burnt on a fire known as the Haxafir, the witch’s fire. The witch hunt in the 17th century was instigated by the Catholic church and today there is no doubt that many of the women were innocent of the claims made against them: “It was an inquisition,” said Ms Hail. “There were many local noblemen fighting for power who wanted to show their strength by creating fear in the local population. Throughout the region, women were accused of practising witchcraft, but Rouffach is the only village with a Tour des Sorcières.”

Discover the history of wine and cheese in France