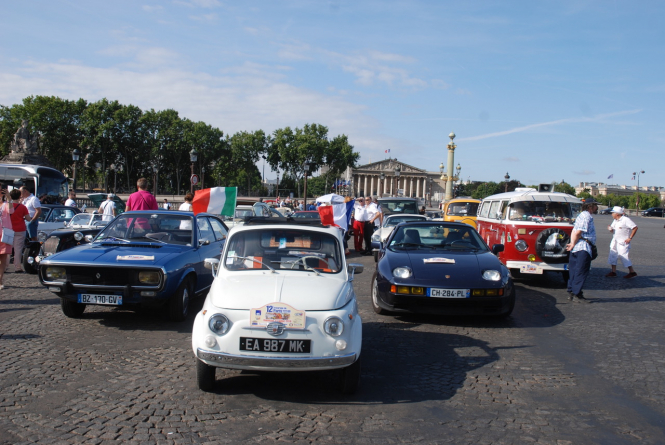 Nearly 700 vintage cars are expected to start their engines in the French capital on Sunday, August 30, for the coronavirus-delayed Traversée de Paris.

The parade of cars, vans, tractors, buses, motorcycles, military vehicles, bicycles and mopeds will follow the Seine. Organisers have said the shorter-than-normal route will pass emblematic sites in Paris, including Notre-Dame, the Eiffel Tower, and Arc de Triomphe - but it is this year avoiding Montmartre.

It will end, at around 12h, on the terrace of the Observatoire de Meudon for the traditional picnic, which will last until about 16h.

Limited places are available on 1930s Parisian buses for anyone who wants to travel to the event in vintage style. Tickets cost €10, and can be ordered at the organisers' website

As the event's tradition dictates, the day's exact route will not be revealed until the vehicles are gathered at the square in front of the Château de Vincennes, ready to roll at 8h.

Now in its 13th year, the parade usually takes place at the end of July, or beginning of August, but was delayed this year because of coronavirus.