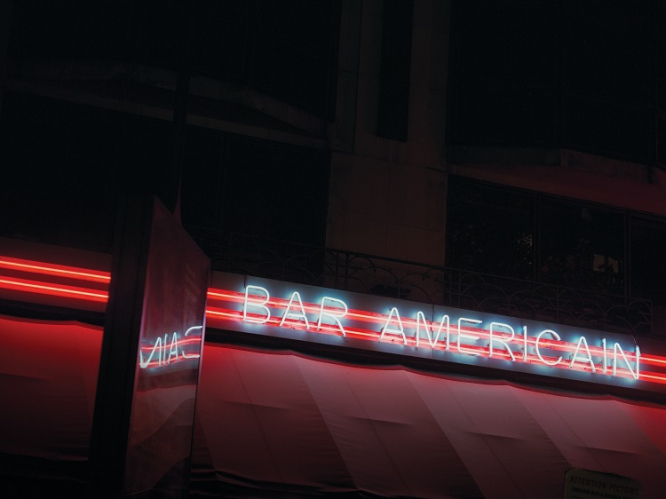 The cocktail became the symbol of these festive times, and it was the greatest draw of any occasion
By Connexion journalist

Is not the cocktail related to the French aperitif? Are not the best cocktails made with the best French liqueurs?

Should the word not be spelled coquetel?

Considering how important the cocktail had become in society, some were eager to “find” French origins in the phenomenon.

Their research would lead them all the way to Napoléon Bonaparte, emperor of the French and a great enthusiast of a Bordeaux recipe already several centuries old that consisted of a mix of wine and eau de vie. Its name was coquetel.

But while there was indeed a relationship, it is to the writer Joris-Karl Huysmans that one must turn. In his novel À rebours, published in 1884, the character des Esseintes invents a mouth organ.

The keys of his organ are connected to the spouts of small liqueur barrels (containing curaçao, gin, and kirsch, for example) that sit side by side, allowing him to compose a gustatory symphony. That is, to create a cocktail.

Living in France since the war and a contributor to several newspapers, Des Ombiaux emphasized in each of his reviews the quality of the cocktails offered by an establishment, and he championed a gourmet approach.

He urged that the bartender bring spirit and attention to his mix, that he develop it with the same attention as a chef.

The most successful example of such “French” cocktails was the Rose (see below).

The big French liquor brands would promote the initiative, with varying degrees of enthusiasm, and not only for mercantile reasons.

This cocktail was also becoming an ambassador of French cultural influence.

Not yoked by Prohibition and with no need to hide, as was then the case in the United States, the cocktail developed in many well-established institutions throughout France.

The ambiance and decor were unique at each, from rustic inn to a minimalist, single-colour motif.

Of course American drinks were served at American bars, but they were also served in restaurants, cabarets, dance halls, and elsewhere.

Above all, cocktails developed in the purely French tradition of the Parisian café. (It was at the Café de la Paix that Franck Newman, while he worked there, first mentioned a dry martini in his 1904 book American Bar, which was written in French.)

Such cafés and their terraces perfectly symbolized this period of intellectual and physical fermentation. Those in Montparnasse were the most exemplary; sometimes bars and dancing areas were added, gathering all activities under one roof.

The cocktail had definitively become French!

Far beyond a trend, the cocktail became a genuine societal phenomenon.

Its many variations were imbibed everywhere – not one restaurant, dance hall, or cabaret, not one theatre or movie house, was without an American bar.

The cocktail became the symbol of these festive times, and it was the greatest draw of any occasion.

Amid the euphoria, contests emerged and abounded.

Among classic competitions for outlandish beauty and elegance (contests for best eye makeup, contests for smokers), the cocktail contest, popular in the late 1920s, was the most championed.

Whether amateur matches, in which pretty Parisian celebrities gave new recipes a try, or professional championships that brought together 32 shaker “aces”, the public was always the jury and named the Queen of Cocktails and the King Shaker.

Such events were guaranteed entertainment that the press, almost always a partner, generously promoted. Liquor brands also were involved, sponsoring the contests and thus benefitting from the publicity.

The wave of contests originated in Biarritz.

It was at the Hôtel Miramar that the first one took place, in September 1928. The most aristocratic of the world’s beaches attracted the coast’s jet set.

Next the wave swept into Paris. In the lavish salons of the Hôtel Claridge, the daily Paris-Midi  and its peer the Chicago Tribune invited readers to attend the First Inter-national Championship of Cocktails, sponsored by the newspapers.

Amateurs and professionals faced off at small wooden bars, and an eager public came to sample their concoctions.

The “75” cocktail during the war was made with gin and Calvados. Peacetime turned it into a Champagne cocktail, but it was just as effective. Here is Frank Meier’s recipe.

Combine all ingredients except the Champagne in a shaker and shake for ten seconds. Double strain and serve in a tall glass over ice. Top with Champagne.

1. Combine the ingredients in a shaker without ice and shake vigorously for fifteen seconds.

3. Sprinkle with grated nutmeg and cinnamon.

Loosely inspired by one of the many versions of the Rose. Here, gin is replaced with tequila for a change!

1.  Stir the ingredients in a shaker tin over ice for fifteen seconds.

2.  Strain and serve in a chilled aperitif glass.