A year in a French vineyard: August 2018 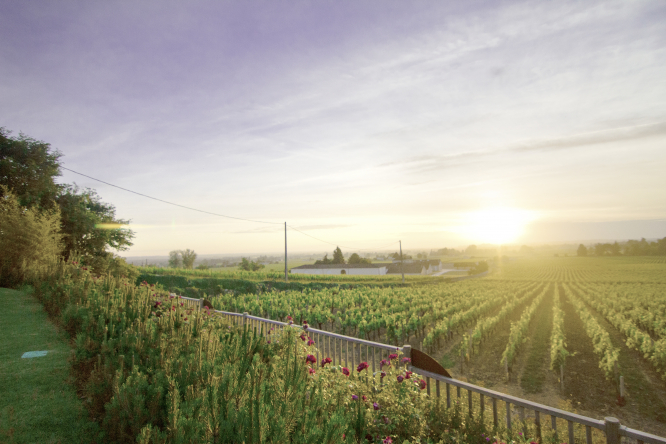 Last month, I wrote about the relationship between climate and ripening (see here), the desire for wines made from very ripe grapes and the viticultural practices that can be employed to assist ripening to high levels of sugar – and therefore alcohol.

The problem is consumers still want ripe, smooth flavours – so producers have looked at ways to square the circle. One way is to stop the fermentation early and restrict how much sugar is converted to alcohol.

A fair number of popular red wines, primarily from the New World, now contain five to 10 grammes of residual sugar per litre, instead of less than two for traditional wines.

This has the advantage of making the wines taste fruitier whilst hiding any bitter tannins. Another simple method is “watering-back”, which is prohibited in France, where over-ripe juice is diluted back to normal sugar levels with water. Tartaric acid may also be added to restore natural acidity lost through over-ripening.

New yeast strains are being developed that can slightly reduce the amount of alcohol produced during fermentation.

Finally, wines can be de-alcoholised using either vacuum distillation or reverse osmosis. These are the methods used to make non-alcoholic wines but can also be employed to reduce the alcohol level. Both require expensive equipment and alter the flavour of the wine.

At the same time, there are a growing number of consumers who seek lower-alcohol wines with less ripe flavours. Some of these are older connoisseurs who reminisce about the 11.5% clarets of the 1970s and some are the new generation of wine fans who shun flamboyant, award-winning wines in favour of simpler, more natural flavours.

Meanwhile, if the planet continues to heat up, vignerons may need to think about planting grape varieties traditionally grown in warmer regions and forgetting the 1990s trend for cool-climate varieties like Chardonnay, Sauvignon blanc, Merlot and Pinot noir in regions that are too warm to make balanced wines.

Wine producers are introducing sustainable practices with a view to being carbon-neutral. Wineries are being designed to avoid refrigeration and use gravity to move wine rather than electric pumps. Presses are being developed that are more efficient in energy and water use. In the vineyard, chemical fertilisers produce nitrous oxide, one of the major greenhouse gases. However, converting to organic practices means mechanical weed-control, and more frequent fungicide spraying, which takes more tractor-time and therefore fuel.

Planting well-chosen “cover-crops” between the vines is a clever way to provide a natural nitrogen supply as well as preventing competitive weeds from becoming established.

It also helps prevent soil erosion and evaporation. Some vineyards are experimenting with automatic solar panels to shade the vines during the hottest periods of the day to reduce water-usage and slow down ripening.

In the Roussillon, where I have my vineyards, irrigation is being introduced for AOP wines for the first time to try to counter the fall in yield due to lower rainfall and also to produce wines with less concentration and alcohol levels for the market.

Irrigation has been prohibited for AOP vineyard in France because it alters the natural terroir and is open to abuse by those growers seeking high yields. However, it is widely used in the New World and has been shown to produce high-quality grapes in regions that would otherwise be unsuitable for viticulture.

Environmental scientists have been using models to predict likely climate changes in France’s wine regions. They suggest some regions will have to change the varieties they grow while others may become unsuitable. They also predict that cooler areas in the north of France and the Massive Central may become new wine regions.

Climate change is just one of the factors that could alter the type and source of wines we enjoy in future.

It is worth remembering that, although wine is seen as a traditional drink in France, it has gone through many changes of style, region and fashion in the past and will continue to do so.

Jonathan Hesford has a Postgraduate Diploma in Viticulture and Oenology from Lincoln University, New Zealand and is the owner, vigneron and winemaker of Domaine Treloar in the Roussillon - visit www.domainetreloar.com.