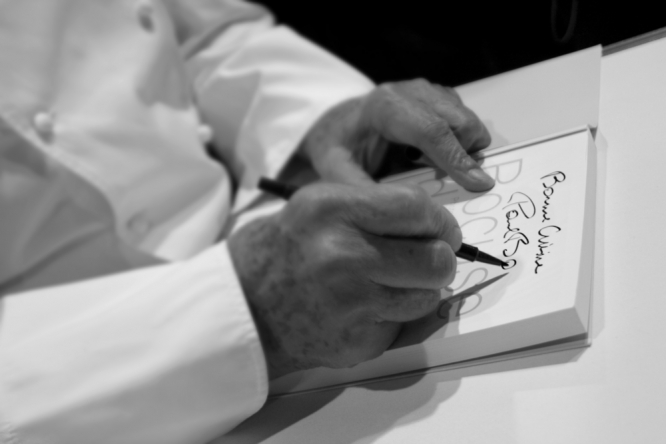 The legacy of Paul Bocuse lives on. Pic: Gaborturcsi / Shutterstock

France has won the prestigious Bocuse d'Or world chef competition for the first time in nearly 10 years with 21 teams battling it out across two events.

The French team was led by Davy Tissot, chef instructor at the Michelin-starred Saisons restaurant in Ecully and the first Meilleur Ouvrier de France to win the award.

The silver award went to Denmark, while bronze went to Norway.

This year saw competitors present the judging panel with a platter of beef chuck and a three-course lockdown dining inspired takeaway menu themed around cherry tomatoes.

"The take-away was the only solution during the crisis and made it possible to discover slightly different techniques", said president of the organising committee, Régis Marcon.

For those curious about the winning team’s cherry tomato dessert, it was a ‘purple plum’ tomato bonbon with fermented and fruity tomato, tomato coulis and leaf oil with colourful flowers and purple oxalis.

“You are an inspiration to young people, the pride of a whole sector, a whole country”, said President Macron, tweeting his congratulations yesterday (September 27).

The Bocuse d'Or was initiated in 1987 by famed chef and ‘Pope of Gastronomy’ Paul Bocuse, who died in 2018.

The event is held every two years, coinciding with the SIRHA International Hotel, Catering and Food Trade Exhibition in Lyon.

France has won the competition seven times so far, out of a total of 17 editions. The last event, held in 2019, was won by the Danish chef Kenneth Toft-Hansen.

French ‘RoboCrop’ pilot scheme could be solution for small-scale farms
15 October 2021
More from Food and Drink
More from Connexion
Get news, views and information from France
Join the newsletter
Subscribe to The Connexion