My tasty day as a citizen wine jury member 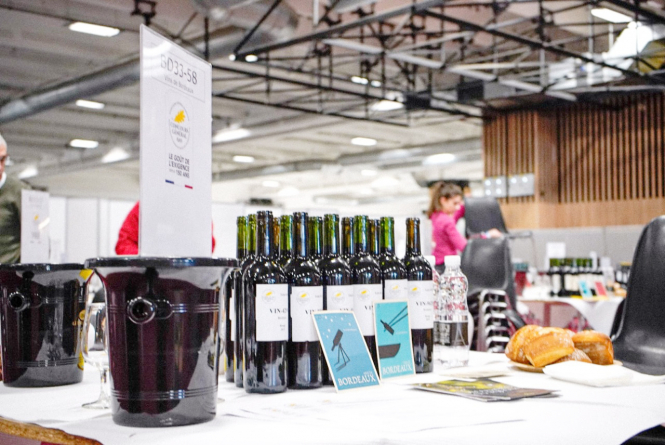 After writing about the citizen judges who help award medals to wines at the Concours Général Agricole in Paris, I decided to give it a go – using skills long ago acquired fortuitously.

As a university student in South Africa, a few years ago, I dipped my toe into the world of wine through a chance acquaintance who let me in on a well-kept secret.

One of the hotels in the town had a top- class cellar of South African wines, and it had free regular tasting and lecture sessions on Saturday mornings.

It was another world, with many of the hotel’s regulars having no idea of the treasures kept under the floorboards.

For obvious reasons, they tried to keep this information quiet among the student population – but they did not mind the first time I went, and gave me a quick introduction into the wonderful diversity of wine, and the basics of tasting it.

I became a regular, buying the occasional bottle when I had funds, and learning a lot. At one stage I could, in blind tastings, be reasonably sure of where the wine had come from ... and from what year.

All that was put on hold as we moved to the UK and I began work.

It was the time when the Campaign for Real Ale was in its pomp so the beers and ales in pubs were usually good. Plus, I started brewing my own from kits which gave a much more economical way of enjoying a good beer at home after work.

Wine was for special occasions, and I never retained the breadth of tasting experience I had gained from my weekly sessions in the hotel cellars.

Moving to France, I went back to drinking more wine than beer, but until I signed up to be a citizen jury member, I had not fully used the “talents” I acquired long ago. Wine can be enjoyed very well without being analysed.

Having said that, I found the jury experience stimulating.

A couple of months before the event, I signed up for a free training day in Bordeaux. In a magnificent building with a professional tasting room, a group of a dozen were first given a history of Bordeaux wines and wine-making, comparing it in particular to the – very different – history of the other great French wine region, Burgundy.

Then we were guided through a sensorial tasting of six wines from different regions of Bordeaux, with prices ranging from €6 a bottle to €20.
A clear winner was not the most expensive but one which sold for €13 and had a wonderful, complex nose and taste.

The afternoon was devoted to the principles used by the Concours Général Agricole to award medals, and more tastings using a more qualitative noting system that would be used in Paris.

It was quite amazing how quickly the group, tasting individually and making notes, then comparing, reached consensus on the scores given to wines.
On the big day, an early train to Paris saw me arrive a bit early at the gates of the Porte de Versailles trade show grounds, where I have previously been for rather boring events.

After 20 minutes of queues, security pat- downs and the like, I was able to make my way to the tasting hall – with at least 2,000 other jury members.

There, it was more a case of hurry up and wait, with everyone in an entry hall screened off before the doors opened on a vast exhibition hall, covered with white tablecloths and with 12 bottles of wine per table. No labels, only numbers.

Each table had six jury members, most of whom were complete strangers.

The speed with which the wine professionals filled out the forms was impressive. Several times, the amateur members had to ask them to slow down.

This first tasting was done in silence, although after the first two wines, by general agreement, we stopped to check that our scores were more or less the same.

Then the floor was thrown open for discussion, with everyone going through their notes and comparing their scores. As in the training day in Bordeaux, it was amazing how a consensus emerged.

There was one bad wine with a strange musty smell, which we first thought came from a bad cork, but which was still there after the commissar for our table had fetched a replacement bottle. He returned huffing and puffing, after 15 minutes, explaining he had had to walk a kilometre, there and back, to find the right wine.

Most of the others were good, as you would expect with wines that had gone through a pre-selection process. The consensus over whether they were good enough for medals, and of what colour, involved more tastings and comparisons.

In the end, after three hours, two of our 12 wines got recommendations for gold, three for silver and two for bronze.

It was a very intense session. The rest of the day was spent looking at the animals, everything from cats to camels, in the show and marvelling at exhibition halls jam-packed with food and huge crowds of Parisians, all tucking in enthusiastically.

Towards the late afternoon, a few youngsters, not used to country-strength drinks, were on the edge of being out of control, but it all remained good-humoured.