Saint-Nectaire cheese shortage in France due to bad weather conditions 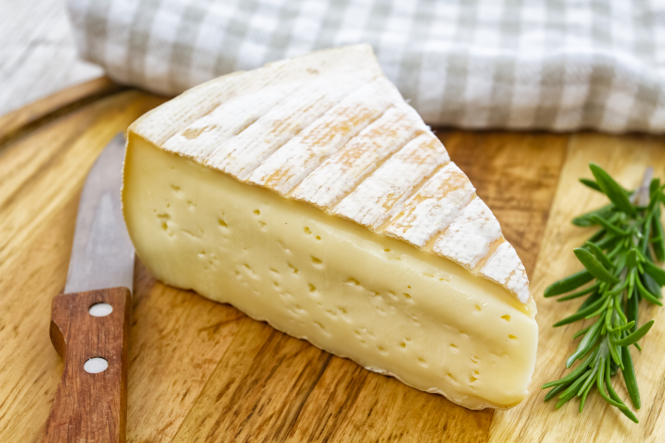 Saint-Nectaire fermier cheese has a thick rind and a soft, creamy inside. It is made in a specific region of France (as an AOP cheese) Pic: page frederique / Shutterstock

Producers of the semi-soft cheese Saint-Nectaire – usually in high demand at Christmas time – have reported a significant shortage in production this year due to bad weather.

The AOP cheese is made in the Auvergne region, central France. It is a semi-soft, washed-rind, cow’s milk cheese shaped into thick ‘wheels’. Once produced and stored, it is then matured for between 5-8 weeks.

Production this year has been hit by inclement conditions, which restricted farmers’ ability to gather enough of the milk required.

Arnauld Dischamp, vice-president of the Dischamp cheese producers, told BFMTV that production levels were down 15-20%.

He said: “It will sadly not improve. All winter, we risk having a lack of volume and availability.”

There is now a risk that the cheese will be in short supply for people’s Christmas tables come December 25 and before. The cheese is usually popular during the festive season, due to its links with the feasts of the court of Louis XIV.

Mr Dischamp said: “There won’t be a total lack of supply but with very high demand in the next few weeks before Christmas and the festivities, the tension on the availability of our stock will be even more apparent than in a normal year.”

Producers of the cheese cannot get their milk elsewhere, because of the AOP label, which means that the milk must come from a very specific geographic region, in natural prairies in the mountains, at a certain altitude.

Mr Dischamp said: “The weather conditions are paramount and really very important for the milk, and for the production of the cheese.”

How I changed career: Banker to cheesemonger in France

Chateau an hour from Paris available to part-own for less than €60
13 January 2022
More from Food and Drink
More from Connexion
Get news, views and information from France
Join the newsletter
Subscribe to The Connexion