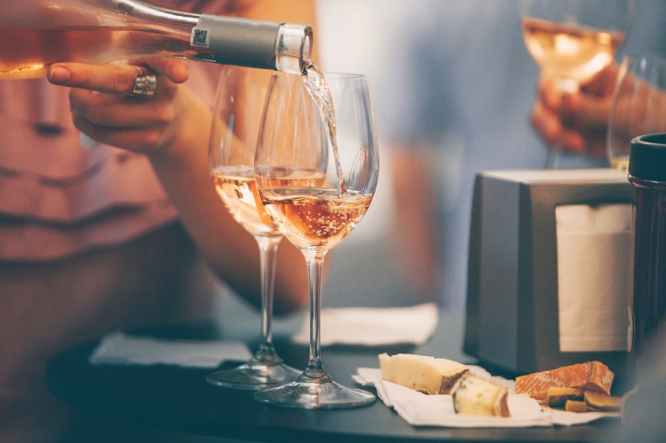 Last month, I wrote about the grants and subsidies that were available to vignerons for planting, converting to organics or improving their vineyards. This month, I will look at grants available for improving the winery and increasing sales.

This year I have bitten the bullet myself and put forward a renovation and improvement project that qualified for a subsidy, so the article has some personal experiences.

Government grants are awarded for projects which are deemed to improve the quality of wine production or increase wine tourism. They take the form of a percentage payment for new equipment or the construction of dedicated tasting and sales facilities.

As usual, large amounts of paperwork need to be prepared and the complex rules strictly followed. Because the producer needs to fund the majority of the project and the administration is complex, they tend to benefit the larger producers with access to capital. The grants also benefit the wider wine industry because manufacturers of winery equipment, winery construction companies and consultants are the end beneficiaries of the grants.

The list of items that qualify for grants is pretty large. It includes the latest, most energy- and resource-efficient presses, pumps, refrigeration systems, destemmers and tanks. Improvements such as drainage, safety-equipment and hygienic flooring are also included. Each item comes with a list of specifications that must be met, so finding suppliers who understand the rules is highly important.

The document that requests the grant is also pretty complicated and requires the producer to provide details of current production levels and economic performance. Often wineries will employ a consultant to prepare the application, who may charge a fixed fee or a percentage, normally 10%, of the grant.

Once the grant has been approved, and not a day earlier, work may commence on buying equipment or making improvements. All the costs need to be met by the producer, including the TVA, so generally a loan will need to be agreed with the bank for the whole of the investment, with an option to repay the portion that is covered by the grant once it has been checked and awarded, which normally takes 18 months.

Because the grants are approved in the spring, it leaves little time to complete the projects before harvest in autumn. So having workmen, contractors, consultants and suppliers lined up to leap into action is like a military operation.

For those without the capital, access to borrowing or prepared plans, there is an alternative. Once the wineries get their grants and new equipment, they will want to sell their old equipment, often at pretty attractive prices. So the grant system benefits those who don’t apply as well as those who do.

Wine tourism has been given a boost by attractive grants to build tasting rooms, event facilities, even on-site restaurants. However, there are lots of conditions such as handicapped access, health and safety and the attaining of licences to serve food and wine to visitors.

One of the downsides of offering grants for tourism is that it has benefitted those who previously offered nothing against those who had created interesting visits before the grants were available. It has led to competition between neighbouring wineries trying to attract the same limited number of visitors. Unless there is an overall increase in wine visitors to a region, the wineries are simply fighting for the same custom.

The third area which is aided by the state is the marketing of wine outside the EU. This may involve prospective missions, wine trade fairs or promotions in foreign shops and restaurants.

The amounts are relatively small and again form only a percentage of the costs to the producer. However, for those who have made the effort to research and explore the Asian market, the grants have proved invaluable in developing markets that previously didn’t exist.

Compared to handing out subsidies just to make wine, these grants for wine-making improvements, energy-efficiency, wine tourism and export markets are all beginning to provide benefits to the whole French wine industry, particularly those most willing and able to improve and take risks. A very positive story compared to the one about militant vignerons sabotaging cheap, subsidised wine imported from Spain.

Jonathan Hesford has a Postgraduate Diploma in Viticulture and Oenology from Lincoln University, New Zealand and is the owner, vigneron and winemaker of Domaine Treloar in the Roussillon – visit www.domainetreloar.com