Where to buy the juiciest melons in France this summer 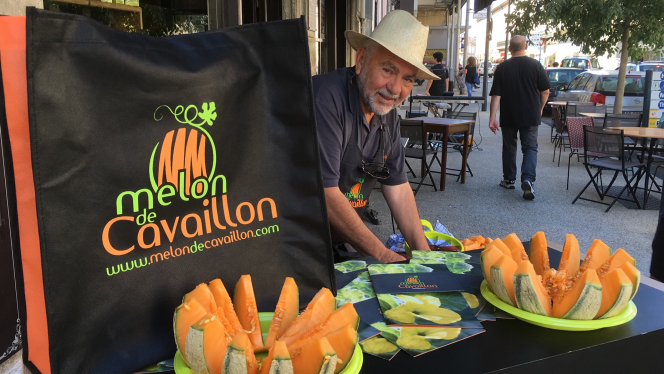 Melons: the juiciest taste of summer

You know summer has arrived when you can enjoy eating a tasty, ripe Charentais melon. They are available from April to October but the best months are June to September. The Charentais melon is almost the only variety grown in France and despite its name it does not originate from the Charente.

The history of melons

Melons were first grown in Egypt in about 500 BC. They spread to Greece and Italy around 100AD. At that time, they were not as sweet and were eaten as a vegetable, which in fact they are, as they are part of the Cucurbitaceae family along with pumpkins and cucumbers. The sweeter varieties developed over the centuries so we now think of it as a fruit.

During the Renaissance period monks grew them for the Popes at their summer residence at Cantalupo, in Italy, hence this type of melon is called, in English a Cantaloupe melon. When the popes came to Avignon during the 14th century the monks brought the melon seeds with them. Later they became popular with the royal family and as the south was too far for easy transport to the court at Paris, production began in the Charente. This variety of Cantaloupe melon became known as the Charentais melon.

Where to find the best melons in France

It is now grown in three areas of France. Most are cultivated in the South East, 39%, the Centre-West including the Charente 34% and the South-West 27%. There are three areas where melons have been awarded the quality IGP, indication géographique protégée label. These are the Melon du Haut-Poitou on sale from July to September, the Melon du Quercy, from July to September and the Melon de Guadeloupe from November to March. The Melon de Cavaillon also hopes to be labelled IGP in the near future. All melons on sale have to have a regulation guaranteed level of sugar.

Bernard Chiron, melon producer and President of the Association Interprofessionnelle du Melon, which represents growers, is passionate about the crop which he and his father before him have cultivated for many years at Cavaillon, Vaucluse, an area famous for its melons. He produces 3,000 tonnes a year and says he is a small scale producer. It is not, he says an easy crop: “Most amateur gardeners can grow tomatoes in their home vegetable plot, but very few can produce a good melon. They require a great deal of care. You need access to a lot of land because they need good soil and you have to rotate crops. After three years in the same place the yield is reduced by 30-50%."

“Melons are very sensitive to the weather. They need a very specific quantity of water, neither too much or too little. In my father’s day you had to look at the crops by eye and decide how much to water. Now we use sensors in the soil which indicate how much they need.”

In the past, melon seeds were sown directly in the ground, three at a time, to ensure there would be at least one which would germinate: “Now, seeds are too expensive to do it in the old way so they are usually grown in nurseries and planted out in the fields. You will often see the rows covered with a gauze or thin layer of plastic,” says Mr Chiron. “Its main purpose is to keep aphids away which can pass on viruses to the plants. It takes 90 days to produce a melon. A seed planted in June will give a fruit in August.”

How are they harvested?

Melons are harvested by hand, early in the morning when it is coolest so as to avoid damaging them. They are sorted by quality and size and then transported to be sold, as carefully as possible, because though big and seemingly robust they are in fact very fragile and easily bruised and spoilt. There are two different kinds of Melon Charentais; Jaune and Vert. The most common is the yellow variety which has a yellower skin when it is ripe. It is also tastier as it produces ethylene as it ripens, which allows it to mature in a particular way so that it can develop at least 80 different scientifically measurable tastes and smells.

What to look for when buying a melon

Melons are made up of 90% water and are very rich in vitamin B9 and vitamin A. They are also a source of potassium. Choosing a good melon is an art form. The first advice is to look at the stalk. If the area around its based is crackled in a star shape that is a good sign. If you then take two melons the same size, the heavier one will be the best because the riper they are the denser they become.

When you touch it the skin should be firm but supple and it should smell sweet and pleasant. Mr Chiron says you can judge whether a melon will be good or not, but you will not know whether it is truly excellent until you cut it open and taste it: “There are so many factors. I liken it to a bottle of wine. When you are in a restaurant you make an educated choice, but the waiter still lets you taste before it is served because you can never tell its quality until it is opened. Melons are the same. Each one is different and each one is a work of art.”

Read more: how to create an award-winning French B&B

He says melons are popular because they are associated with summer and because you do not eat them on your own: “Whether they are served with an aperitif, or taken on a picnic it is a fruit you share with others. Everyone has a smile on their face when they eat a melon.” Melons are picked when they are ripe so the advice from the Association Interprofessionnelle Melon is to eat them within six days of purchase. You can keep a melon in the vegetable compartment of the fridge, covered in plastic film to make sure the other food is not contaminated by its strong smell. Take it out one hour before eating.