Why people booze but don’t binge in France 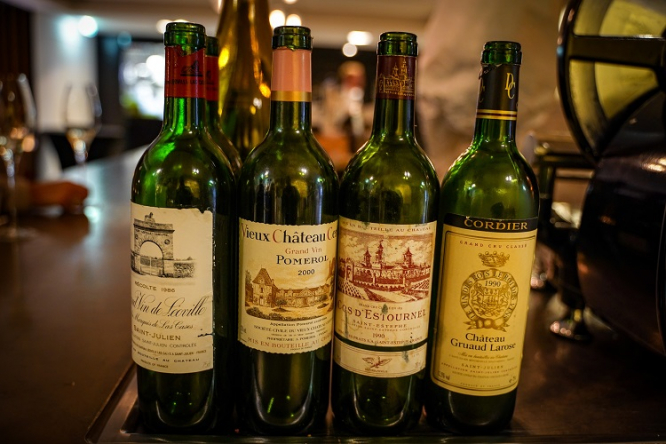 A daily glass of French wine is one thing, but obviously moderation is the key to a healthy drinking habit
By Jonathon Hesford

In the UK, “Dry January” has been successful in helping people break a habit of over-consumption, and is reported to improve energy levels, skin condition and weight-loss by those who have taken par

President Macron has declared that there will be no “Dry January” in France.

Part of his reason for taking that stance is to protect the French wine industry.

There is a view in France that wine is different to other forms of alcohol and not to blame for the health and social problems associated with excessive drinking.

When we look at mortality rates and longevity across countries, people with a culture of drinking wine rather than beer or spirits, tend to live longer.

The French health paradox is a phenomenon where people have low levels of coronary heart disease, despite a high intake of saturated fat.

It has been explained, in part, by the relatively large amounts of red wine consumed.

There are also numerous epidemiological studies which show a “J”-shaped curve when relating wine consumption to health risk, where the lowest level of risk is among people who consume moderate levels, especially red wine.

The largest ever French study on mortality and wine showed that men who drank four to seven glasses of wine a day were likely to live the longest.

We should also consider the effect of drinking wine on a daily basis, which is common in France, compared to binge-drinking that same weekly amount over Friday and Saturday, which is more associated with the UK.

Alcohol in all forms has some health benefits.

It acts as an anti-microbial agent, helping to prevent stomach bugs and to stimulate appetite and improve digestion of food, aiding nutrition.

Its role as a popular stress-reliever should also not be dismissed.

In addition to these benefits, wine contains important nutrients that other alcoholic drinks do not.

The most important are the phenolic compounds that provide the tannin and colour in red wine.

Numerous studies have shown that these polyphenols are anti-microbial, anti-inflammatory, anti-oxidants that can help prevent certain cancers as well as inhibiting detrimental enzymes which cause thrombosis and other problems.

Resveratrol, a phenol that is found in red wines, especially tannic ones like Madiran, has been the subject of several scientific studies linking it to health benefits such as lower blood pressure, reducing “bad” cholesterol, delaying age-related cognitive decline, helping to control diabetes and helping to prevent arthritis.

Another important component of wines are high-density lipoproteins, which have been shown to prevent the coagulation of blood platelets that can cause our arteries to block.

They are also believed to remove cholesterol.

However, all these benefits are associated with drinking wine in moderation, not in excess.

The problem is defining moderation. Alcohol addiction and abuse can lead to many health problems such as cancer, depression, obesity and skin problems.

It also causes severe social problems and is associated with domestic and street violence and household accidents.

They seek to treat wine like tobacco, dismissing the above health benefits, and setting consumption limits that are based on a 1% risk of dying from an alcohol-related cause.

That cause includes long-term health risks such as various cancers, liver disease and heart-problems as well as immediate risks such as being hit by a drunk driver or having an accident while inebriated, which are quite clearly different risks.

Furthermore, the safe limits assume that people lie about their alcohol consumption when surveyed and are probably going to drink double whatever safe limit is set.

Therefore they do not give us a very clear picture of what the real risks of alcohol are or how much we can safely consume in real terms.

It is worth remembering that alcohol is addictive and that we become more immune to its pleasurable effects if we drink too much on a regular basis.

So taking measures to avoid the slippery slope are necessary.

For some, abstaining for a month may be what is required to reset the dial, for others, simply buying less or knowing when to stop will work.

Wherever we decide our individual level is for sensible, moderate consumption, the message is clear.

Considering that drinking wine is a pleasurable activity, we can maximise our pleasure as well as our health by drinking less but better wine, even in January.

Jonathan Hesford has a Postgraduate Diploma in Viticulture and Oenology and is the winemaker of Domaine Treloar in the Roussillon – www.domainetreloar.com

If you have questions on this column, email him at info@domainetreloar.com