Coronavirus: How France's winemakers are coping 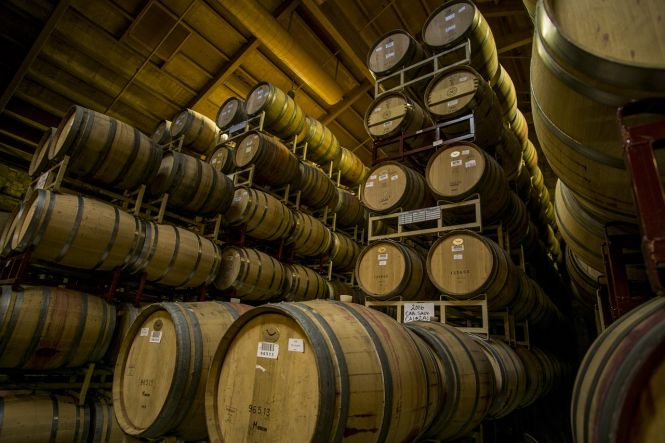 The current Coronavirus pandemic is affecting all of us in one way or another. This month I want to talk about the impact on the wine world and that of smaller, more specialised producers in particular.

Wine tourism in France the first to suffer

The first area that was hit by the outbreak of the virus was tourism. Each year millions of visitors to France will visit vineyards and cavistes, go to restaurants and drink wine in cafés. Bordeaux is the second most visited city in France. Until recently, many wineries relied on selling their wine via négociants, not even opening their doors to the public, but over the last 15 years, many estates have developed successful oenotourisme activities by creating tasting rooms, on-site restaurants, accommodation and offering visitors activities such as tutored tastings, guided walks around the vines, winemaking demonstrations as well as one-off and seasonal events, like concerts or dinners.

Wine tourism saw an increase of 33% between 2009 and 2016 when 10 million people visited wineries. The relatively small wine region of Burgundy received over 1.6 million visitors alone. The numbers have grown even more since then, especially for international visitors, which show an annual increase of 5%.

Wine tourism generates over €5billion in revenue. This growth in tourism shifted the percentages of wine sold direct from wineries, with some smaller ones, such as mine, selling around 25% of their production direct to visitors. This makes the cellar door the largest single source of revenue for many family estates.

The travel restrictions to combat the virus put an immediate and total stop to all forms of wine tourism. Tourism does not account for all cellar-door sales. Many regular customers are locals. However, a lot of our customers are foreigners with holiday homes in the region and they have been prevented from travelling. The months of March and April are not as important as the summer months but the drop in sales is still significant and could be disastrous if the travel restrictions persist through the summer season.

Wineries who deliver to restaurants might not get paid

A large amount of wine is sold in restaurants and wine bars. For some wineries, this could be up to 80% of their production. Not only are those sales on hold, but restaurants that bought wine in the previous months may not be paying their suppliers. This means that wineries and négociants are not getting paid for wines they have already delivered.

Spring is usually the time when wine producers go to trade fairs or make foreign trips to present new vintages and find new customers. All those trade fairs were cancelled almost as soon as the news came out of Wuhan. For a winery in the process of establishing or growing its market, that was disastrous. On the other hand, well-established producers with solid business contacts were much less affected (and maybe even saved a bit of money).

A number of independent wineries sell their wine at public wine salons, such as those organised by Vignerons Indépendants. Many even travel to such fairs in Belgium, where they are very popular. All those fairs and markets have been cancelled.

The second big blow to direct sales came from the introduction of confinement laws aimed at restricting the spread of the virus. People were forced to fill out and carry an Attestation de Déplacement every time they left their house and state the reason. Shopping for “items of primary necessity” is one of those valid reasons. Wine is considered such an item and wineries and wine merchants were placed on the list of establishments permitted to remain open to the public.
However, when you have to keep your distance from everyone and avoid touching the same items as others have, it does not make visiting a winery particularly appealing. It is almost impossible to taste wines while following the health guidelines. Therefore only customers who know which wines they want to buy are making the effort.
Many people who feel themselves to be in the high-risk groups are fearful of chancing a visit to a winery cellar door and would therefore rather just pick up some wine with their groceries, even if it is not what they really like.

The wording on the attestation confused a lot of people. Many thought that “items of premier necessity” did not include wine or other such luxuries. Some people thought that the time and distance limits for exercise applied to shopping. The police issued their own guidelines to supplement those of the government.

One guideline was that people should only shop close to home, presumably because some people were using shopping as an excuse to socialise. There were stories of people being cautioned or even fined for attempting to buy “unnecessary” items other than from their nearest supermarket. People turned to social media for advice and were told, incorrectly, by the more vociferous denizens of Facebook, that they must not shop anywhere further than their nearest supermarket and that they risked a fine by going to a wine merchant or winery to buy their wines.
The government rule is that people can shop at any of the establishments that are permitted to remain open and although people should restrict their travel distance, there are no time or distance limits and no restrictions on what people can buy.

This confusion and fear has had a serious negative impact on all retailers except the supermarkets but supermarkets only stock the wines of a small percentage of producers, concentrating on the big ones.
Independent wineries and merchants have tried to counter this drop in custom by offering pick-up services, online offers and local deliveries. Those with good websites and loyal customers will probably be able to see their way through the confinement period but others will not, at least not without financial help. Hopefully, as confinement is relaxed, customers will return to their old habits of choosing the wines they like to drink, not just the ones that are most convenient to buy.

Millions of litres of French wine could be lost

Unlike a brewery or distillery, whose sales are also affected by the crisis, a wine estate cannot stop the clock on production, lay off staff and wait out the situation. The vines are still growing in the fields. They still need tending throughout the season. Wines from the last harvest can’t stay in their barrels and tanks for months without risk of spoilage. They need to be bottled, even if they are not likely to be sold soon. Harvest will still come in September and space will need to be found for the new vintage.

If things do not change before then, millions of litres of perfectly good wine will be sent to the distilleries for crisis distillation. The really sad thing is that the confinement has damaged the independent sector far more than the supermarket sector and therefore it is the smaller wineries, who in general make better and more interesting wines, that are struggling most. The situation is especially hurting those who made the effort to invest in wine-tourism and get their wines listed in many restaurants and wine bars. It would be a terrible shame if it is their wine being sent to the distilleries for a government subsidy.