Wine tasting: should we value enthusiasm over expertise? 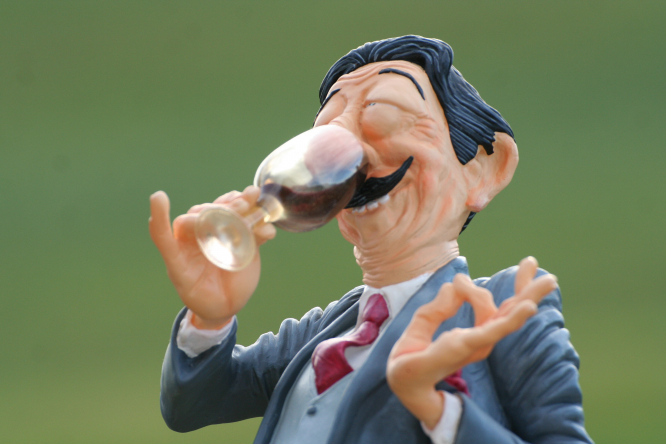 The appreciation of wine seems to be one subject where enthusiasts who have high levels of expertise are deemed to be snobs. We rarely hear people talk about book snobs or bicycle snobs or music snobs but the term wine-snob is frequently bandied around as a term of abuse about anyone who does not agree that a cheap bottle of plonk is fabulous. I wonder why that is.

The Cambridge English Dictionary defines a snob as either “A person who likes and respects people who are of a high social class” and/or “A person who has extremely high standards who is not satisfied by the thing that ordinary people like.” Other dictionaries mention the condescending attitude of the snob towards other people and the belief that their tastes are better than those of others.

People don’t mind experts and connoisseurs having a better appreciation of a subject than them, so long as they don’t belittle their own opinions and tastes. At which point they become a snob. With literature or music, people are rarely accused of being snobs but it appears to happen with wine quite frequently. I believe there are two reasons why.

Read more: discover how cheese and wine leave their mark on a landscape carved from volcanoes in Central France

The first is that in British society, wine was always the drink of the aristocracy while ordinary people drank beer or gin. So the two definitions of the snob become merged in a way that they do not with books or music. The stereotypical wine snob is an older English toff, introduced by their equally toffish fathers to fine claret at a young age. They are expected to turn their noses up at any wine that doesn’t come from one of France’s most prestigious vineyards or costs less than a haircut.

Wine experts go to quite a lot of effort not to appear as snobs when they are talking about their subject with ordinary punters. If a wine expert wants a job writing for a newspaper or presenting on the TV, they have to appeal to the ordinary wine consumer, not fellow experts or connoisseurs. Wine also varies massively in price from one bottle to another. The wines that experts and connoisseurs love are beyond the budgets of most consumers. So not only do they have to talk about wines in a different way, they have to talk about much cheaper wines than they would like to talk about.

The mark of a true wine enthusiasts

However, by aiming for popularity, becoming a wine-expert of the people, they undermine the whole concept of connoisseurship, which is to develop expertise. When we see a Master of Wine or sommelier recommending a cheap and cheerful bottle of mass-produced wine, it gives the impression that these wines are just as good as far more expensive ones, leading to a general feeling of anti-snobbery.

True wine enthusiasts are unlikely to care too much about the label or the price. Their pleasure comes primarily from the contents of the bottle. Of course, there is a certain amount of pleasure to be had from buying or drinking a particularly rare or desirable wine. Just like there is for enthusiasts who buy a first-edition book, a rare LP or a custom-made bike.

Read more: a day in the life of French craftsman and weathervane-maker, Thierry Soret

How to appreciate wine

Wine appreciation involves not only smelling and tasting but a lot of learning about grape varieties, wine regions, wine styles, producers and even esoteric stuff like terroir and vintages and longevity. Although people vary in their ability to smell and taste, it is perfectly possible for a non-expert to be a very good taster of wine. The problem is that without all the vocabulary and background knowledge, it is almost impossible for us to convey our experience of wine to other people other than saying “I like it”.

That is why we have all heard the phrase “I don’t know much about wine but I know what I like”. Knowing what you like is fairly simple, explaining what you like to a wine merchant, sommelier or even a friend is much harder without a decent knowledge of wine. Similarly, when a connoisseur tries to explain which kinds of wine they like or why they like a particular bottle, it can come across as pretentious to the normal person.

The opposite of snobbery is unassuming or unpretentious. Those are good traits. However, with wine, the opposite of snobbery also goes to the extreme. A snob assumes that their tastes are more refined than those of others. An anti-snob assumes that their tastes are just as refined as everyone else’s. That would be understandable if all wines cost the same price. But they do not. Some wines cost many times more than others.

I think we all know that there isn’t a linear relationship between taste and price. However, it would be pretty ignorant to think that anyone who spends more than you do on a bottle of wine is both a snob and an idiot. Yet this view is voiced again and again. Very often a person who says that they would never spend more than a small amount on wine will also claim that wine is a matter of personal taste.
That they choose to buy very cheap wines because they are just as nice as expensive ones.

That may be the case. They may never have learnt to appreciate quality differences or subtlety or complexity that an enthusiast has. However, it is wrong to say that all those enthusiasts are simply snobs. I have yet to meet the anti-snob who would choose a cheap wine instead of an expensive one when they are not paying for it. That is not to say that wine snobs do not really exist. They absolutely do. We wine enthusiasts meet them all the time.

But to us they are not simply people who can afford more expensive wines than us. They are people who “drink the label”. They name-drop super-famous wines. They refuse to try wines from lesser-known regions or grape varieties. They assume that a great vintage in Bordeaux applies to all wine regions. That a picture of a chateau on the label means something. That a heavy bottle or a deep punt indicate that the producer cares more about their wine. The wine snob is the person that every wine marketing graduate is trying to fool. Be an enthusiast but not a snob. Be unpretentious but don’t claim that your views are as valid as those of an expert.

Read more: according to columnist Nabila Ramdani, the French prefer to be "well off, not rich". Do you agree?