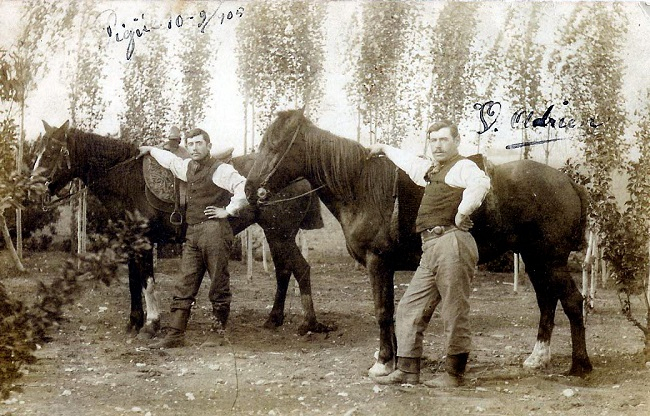 Back then, it was open countryside with a very low population, now it is a thriving urban area with more than 13,000 people. Echoes of its French origins can be found if you listen carefully, as there are still a few elderly people who speak Occitan – the regional language in the Aveyron – and many people speak French as it is taught in primary schools.

In the 1880’s life was hard in the Aveyron, or Rouergue as it was called then. Families were big, the soil was poor and the phylloxera epidemic had destroyed the vines. Some were tempted to emigrate.

One, Clément Cabanettes, born near St-Côme-d’Olt in 1851 into a family of eleven, responded to a call from Argentina for soldiers to help fight their revolution. He stayed when peace was established and was attracted by the huge, open, fertile landscape of the pampus.

He started exploring and 600km south of Buenos Aires he came upon an area which reminded him of his homeland: “It looks like Aubrac (a plateau in Aveyron) in July,” he said. The Argentine government was actively looking for immigrants and so he reserved 270 lots of 100 hectares each. In Buenos Aries, he met another Aveyronnais, François Issaly, and they went back to France where they had to work hard to tempt people to move so far away.

At last, in October 1884 there was a big enough group, including thirty couples, children and single people. Most were farmers, but there were also builders, a blacksmith, a young teacher and a priest. Each one had to hand over 3,000 francs (€1,000) for housing, equipment and farm animals once they were there. They left Bordeaux in an old steam and sailing boat, the Belgrano for a 38 day crossing in difficult conditions, with little to eat, cramped together in the bottom of the boat.

Once in Pigüé, their troubles were not over. There was drought and early frosts and wild animals to contend with and their first harvests were poor. Throughout, the struggling pioneers were helped by the two men who had brought them there and gradually things began to get better and the town began to expand.

In 1984, there was a grand centenary celebration and the mayor of Pigüé, Rolando Maurel went to Rodez and St-Côme-d’Olt to invite people to travel to Argentina to join in the festivities.

The Association Rouergue-Pigüé was created and since then the links have been strengthened, with visits, help tracing family trees on both sides and many events in France for example traditional dancing from both Argentina and the Aveyron.