Did you know: First woman to sail around the globe was French 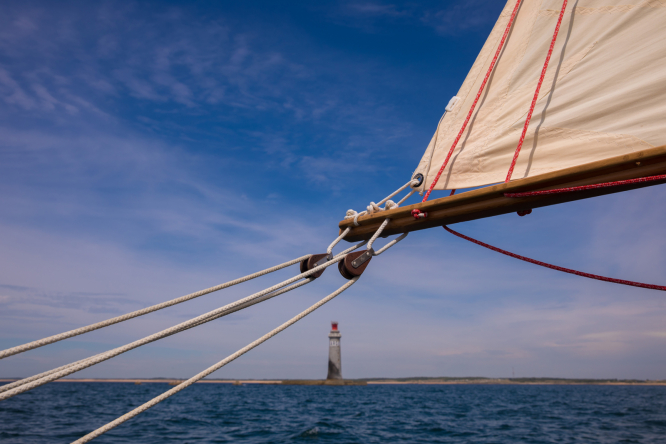 In 2012 a flower – discovered in South America by University of Utah biologist, Eric Tepe – was named Solanum baretiae in the sailor's honour Pic: Melanie Lemahieu / Shutterstock

The first woman to circumnavigate the globe was Jeanne Baré, sometimes spelled Barret or Baret, on an expedition headed by Louis Antoine de Bougainville on the ships, La Boudeuse and Étoile, from 1766-1769. She was disguised as a man.

She was born in poverty in a small village in Saône-et-Loire in 1740. Unusually, for that period she learnt to read and write and became governess to the son of a widowed doctor and botanist, Dr Philibert Commerson.

He was attracted by this unusually bright and talented young woman and taught her botany. She soon became his assistant, and more than likely his lover, and they moved to Paris where he was chosen to accompany the explorer and French admiral Louis Antoine de Bougainville on his expedition around the world. Bougainville, himself, is regarded as the 14th navigator, and the first Frenchman to sail around the world. Dr Commerson’s mission was to observe, collect and classify plants.

At that time women were not allowed to spend even one night on one of the King’s boats, let alone several months, but Commerson refused to leave her behind.

He persuaded Bougainville to allow him to take a servant with him; none other than Jeanne, aged 26, with cut hair, a band compressing her breasts and wearing trousers.

Everywhere they went they collected plants. Near to Rio de Janeiro they discovered a flowering, vine-like shrub, they called Bougainvillea, after the ship’s captain.

It appears there were suspicions about the sex of Commerson’s servant, called Jean Baré, but nobody could believe that a woman would work as physically hard as “he” did.

However, according to Bougainville’s journal her sex was finally revealed when they arrived at Tahiti: “As soon as Baré stepped onto the soil, the Tahitians surrounded her, calling out that she was a woman and that they wanted to give her the honours of the Island.”

Following that, when the voyage arrived at Mauritius, called then the Isle de France, it was perhaps convenient that Commerson and his “assistant” stayed on at the invitation of fellow botanist, Pierre Poivre. Commerson died on the island but Jeanne Baré continued her studies of the local flora.

She later married a soldier and returned to France, which meant she had at last completed her tour of the world.

In 1785 she was awarded a pension of 200 livres, a year by the Ministry of Marine, on the recommendation of Bougainville, who recognised her great courage and achievement and the document granting her the money describes her as an extraordinary woman. More recently, in 2012 a flower – discovered in South America by University of Utah biologist, Eric Tepe – was named Solanum baretiae in her honour.

Did you know? French monarchs and emperors were exiled

Truffle season starts in France with quantity down but quality up
1 December 2021
More from French Facts
More from Connexion
Get news, views and information from France
Join the newsletter
Subscribe to The Connexion