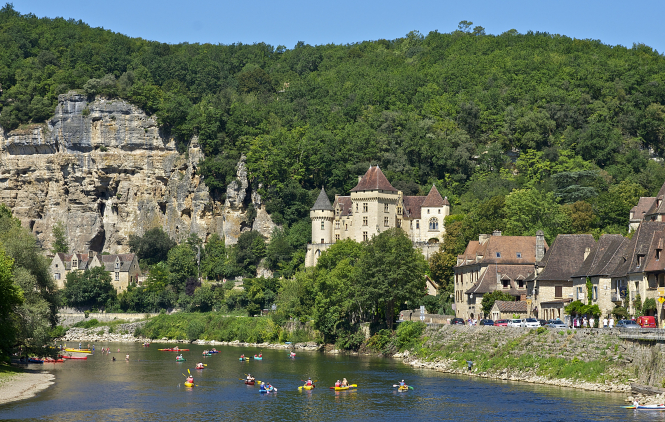 “The French don’t like Britain but they like the British,” one French journalist joked a few years ago. “The British like France but they don’t like the French.” I would take the last part one step further: the British do not understand France or the French. This incomprehension does not really matter when you are living on the other side of the English Channel but if you choose to settle in France, it can be a handicap.

If you do not know why the people around you – neighbours, shop assistants, town hall bureaucrats – are as they are and behave as they do, your life can become a succession of frustrations and misunderstandings. And you will miss out on the experience of getting to know a marvellous and infuriating set of humans. So let me tell you all about the French. But first, let me tell you why I know about them.

20 years of exploration of the French

I have spent much of the last 20 years writing guidebooks on France and I always have to begin with a chapter on “what makes the French, French”. This has always caused sleepless nights. The country is easy to write about – the monuments, landscapes, restaurants – but the people are not so easy to reduce to a few words. What can you say about the French, that is true for all of them, that you cannot say about any other country? It is not that easy. But here goes.

First, a note of caution. We are doing anthropology here and experts in this field admit they are in a bind. You can study a group of people only from the outside (objectively) or from the inside (subjectively) but to give a complete description/explanation of any tribe you have to speak from both viewpoints at once – and that you cannot do.

There are endless books written by foreigners about what makes the French tick – why they do not get fat, why their children are well brought up, why women here are sexy. These tracts are often enjoyable and funny, but they all come from a limited, affectionate Francophile perspective. The British tabloid press, on the other hand, takes a Francophobic stance. It loves to bang on about over-powerful French unions and the ridiculous French obsession with the purity of their language. This is all commentary written from a disdainful distance.

Nabila Ramdani: French prefer to be "well off, not rich"

Ask a French person about these subjects and you will get a more nuanced picture. It is natural to generalise and perhaps to make national stereotypes, but wisdom is treating your conclusions as tentative rather than definitive. Every epigram and every
stereotype that has ever been uttered about France has its exceptions. Every judgment is really a hypothesis that will explain so much but fail at some given point.

I have formed countless smug generalisations about the French myself, only for them to be overturned by contact with reality. It began a few months after I arrived here. When I first moved across the Channel, I was sure I was “moving to France” and there wouldn’t be that much difference between my new next-door neighbours in the south west and the waiters who had served me in Calais in the past. But after a few months I realised I had moved to a village in a particular region.

It happened to be in France, but people were more aware of their department and their pays than they were their passports. Most people around me today are technically French but if I asked them, I am certain they’d say that they do not feel particularly French on a daily basis any more than I consider Britishness my foremost personal trademark.

I regularly discover I have more in common than differences with someone I meet and those contrasts add richness to my relationships, rather than create obstacles. The point is every individual on Earth has a complex set of overlapping identities. Nationality is one of them. This is important because it sets certain parameters.

France is a republic, meaning that everyone is theoretically equal. They are citizens not subjects, as in Britain, and there is no class system. The republic has overtly stated values – liberté, égalité, fraternité ... and laïcité (secularism – which you could define as the right to believe what you want in private). These values form a glue that holds society together and generate a sense of solidarity.

The French are formal to strangers – their emails begin with a dryly impersonal Bonjour or Monsieur (to me). They are acutely sensitive to the difference between the formal vous form of a verb and the more intimate tu. There are unspoken rules for greeting people, which force all of us to at least acknowledge each other’s existence.

Republican values (and the experiences of history) create a sense of obligation to community in a particular way. Sometimes they are forced to be brotherly/sisterly even if they do not feel like it: they are obliged by law to go to the assistance of someone who is in danger. The state is immensely important in people’s lives. It is both commander and carer, controller and provider. French people expect it to look after them and accept bureaucracy even if they mutter about it. The state, though, is not monolithic and has generated some curious hybrid arrangements, noticeably the semi-privatised health service.

The French state has a curious attitude to homogeneity and pluralism which takes some figuring out. “French culture” is a singular thing – the same in overseas departments as in the Ile de France – and while ethnic and religious minorities are acknowledged, they are not recognised formally or treated to positive discrimination. More than nationality and Republican values, however, we have to talk about the “culture” that is imbibed unconsciously during upbringing: key dates of history, shops, websites, TV programmes, hip-hop artists, celebrities, etc.

A big component of this culture is the French language. It is safe to assume that all French people speak French to some extent but they speak it in different ways. If you want to understand the people, you have to appreciate the possibilities and limitations of their language.

With English, there is a free-for-all but French is regulated by the linguistic police-gods of the Académie Française. A friend of mine frequently tells me: “You can’t say that because it is not French.” Most French people, I believe, use their language without thinking much about it. They know there are rules and they try to get it right but cut corners where it suits, whatever the Académie says. They don’t care if they are using imported words such as email and le weekend.

They both welcome and resent the “invasion” of American English but they expect songs, books and films to be made in French and seem not to object to subsidies for this. By law, French radio stations have to play a minimum of 35% of French-language songs and no one thinks this an odd stipulation.

There is, therefore, a common zeitgeist to being French but its contribution to individual identity varies enormously according to age/generation, gender, religion and region. If you want one point to take away from this, it is that most people outside the country assume that Paris stands for France. Most people who live or work in Paris think so, too. But the rest of the population regards Paris as being a little contemptuous of the rich diversity of the provinces.

You are probably thinking: I have not answered the question I set at the beginning – but I am being evasive on the highest authority. Arguably the definitive English book on the French, written by Oxford academic Theodore Zeldin in 1983, similarly avoids giving a definitive answer. While some of this book is now a little quaint, its basic truths hold. You cannot sum up 67million people in any stereotype or epigram, says Zeldin. All you can do is talk to individuals about their lives and the part that Frenchness plays in it. Then you can come up with a tentative list of generalisations of insights – but you must make clear to your audience that the list of exceptions to the rules is far, far longer.