Environmental news in France for April 2021 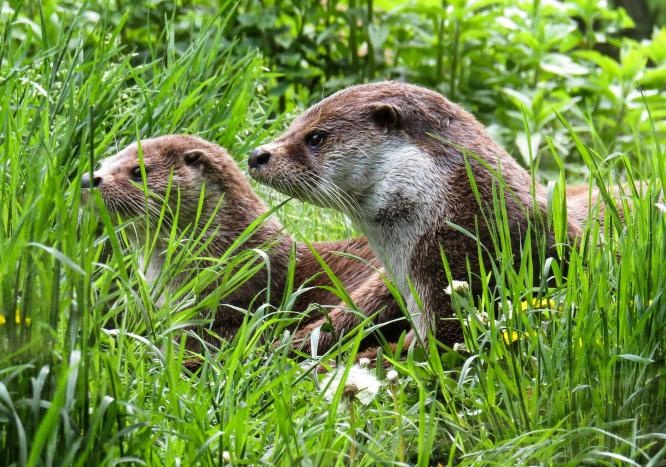 A French report to mark world wildlife day shows 'there is hope' regarding the protection of species such as otters, the Alpine ibex and the black vulture in France
By Connexion journalist

A French report to mark world wildlife day in early March revealed that 187 species of flora and fauna have completely disappeared from mainland and overseas France in the last 13 years.

A study of the ‘Red List of Threatened Species’ in France by the International Union for Conservation of Nature (IUCN), the French Biodiversity Office and the National Museum of Natural History (MNHN), showed that of the 13,842 species evaluated, 2,430 (17.6%) are under threat. Data was deemed insufficient to properly assess 2,100 others.

“We thought that in eight or nine years we wouldn’t see much change. The surprise is that we are seeing a clear deterio- Green news ration in the situation,” Florian Kirchner of IUCN France told Agence France-Presse.

The report pointed the finger at uncontrolled land-use planning, the intensification of agricultural practices and pesticides. But there is some hope, said Mr Kirchner: “Opinion is changing and there is good news”, he said, referring to the protection of species such as otters, the Alpine ibex and the black vulture.

In a setback for fuel firm Total, France’s Conseil d’Etat has confirmed a ban on palm oil and a “residue” (the distilled fatty acids of palm oil) used by Total in its refinery in La Mède (Bouches-du-Rhône in biofuels.

In 2019, MPs voted to exclude palm-oilbased products from the list of acceptable biofuels from 1 January 2020. Total continued using the residues but environmental associations argued the the residues were really “co-products of palm oil [...] separated from crude palm oil by distillation during extraction”.

The ruling also decrees that the French State pays “€3,000 to the associations Canopée and Friends of the Earth and €3,000 to Greenpeace France”.

Nine cunning communes in the Ile-de- France region have issued a decree “to fight against the waste that pesticides constitute”.

They do not aim to ban pesticide use (in December, 2020, the Conseil d’Etat ruled definitively that local mayors cannot regulate pesticide use) but rather to make it obligatory to eliminate any waste associated with the use of phytosanitary products. The decree is based on a European Commission rule from 2000, which defines waste from the use of pesticides as “hazardous waste”.

A popular bathing spot used by locals and tourist in Ardèche is under threat of closure, because the village in which it lies cannot afford to carry out work to bring it up to safety standards.

The beach on the reservoir at Saint- Martin d’Ardèche was formed by an artificial dyke, which authorities now consider dangerous. They say it also prevents fish from going up river.

The mayor says €400,000 reconstruction costs cannot be met by the village, and he is calling for regional, departmental and the intermunicipal financial help.

G’day Sheila could have been b’jour Bruce
16 August 2019
More from French Life
More from Connexion
Get news, views and information from France
Join the newsletter
Subscribe to The Connexion