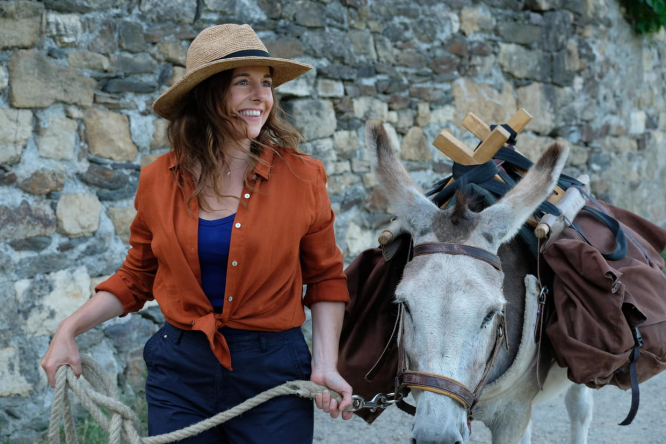 1. Rare Sisley find up for auction

Works by the French-born British impressionist landscape painter Alfred Sisley, who lived in and painted in or near Moret-sur-Loing (Seine-et-Marne), rarely come onto the auction market.

However, his oil painting Rue des Fossés, faubourg du Pont à Moret-sur-Loing – owned by the same family in the Ain department for nearly 130 years – was recently put up for auction in Bourgen-Bresse. It fetched €250,000. The work, which is unusual as it features some characters, was owned by descendants of music and art critic Alfred Ernst.

“This painting is perfection! When you see the quality and intelligence of the colours, you realise how great a painter he was,” auctioneer Bénédicte Girard- Claudon told AFP.

The horrific Dupont de Ligonnès crimes, which took place in Nantes in April 2011, gripped France then, as now.

Agnès Dupont de Ligonnès, 48, and her four children (aged 20,18, 16 and 13) were found murdered, buried in the family garden. Her husband and father of the children, Xavier Dupont de Ligonnès, disappeared and remains the prime suspect – he is still at large and wanted on an international arrest warrant.

Among the theories regarding his whereabouts: he is either being sheltered in a monastery or he fled abroad.

A new TV drama from M6, Un Homme Ordinaire (An Ordinary Man), is a fictionalised drama referencing events in Nantes, though set in Lyon (it was “freely inspired by a true story” said producers). Christophe de Salin, the suspect in the series, is played by comic actor Arnaud Ducret in a rare ‘straight’ role.

3. Hallyday lives on... in time for Christmas

Almost three years since his death, the popularity of Johnny Hallyday is as strong as ever, and his music lives on, with previously unreleased material being snapped up by the rocker’s committed – and big-spending – fans.

Last year, Warner Music released a live album of Les Vieilles Canailles, while Universal Music offered symphonic interpretations of some of his songs.

Now, just in time for Christmas, completists can hear a blues tune, Rester Vivant, that Hallyday recorded in 2014, as part of a box set including two films – one about his last motorbike road-trip in the US – and a double live album recorded in New York.

4. Travels with her donkey

As with any career, success in the acting profession is a usually a combination of talent, tenacity, opportunity and good fortune, and it can take years to finally top the billboard. For César-winning actress Laure Calamy, 20 years of theatre work and supporting film and TV parts has finally been rewarded with a lead role.

In Antoinette dans les Cévennes, a pathos-filled, sweet-hearted wacky comedy, she plays an unlucky-in-love teacher on an RL Stevenson-esque trek through Cévennes accompanied by a donkey.

5. Is Montaigne buried in Bordeaux?

Michel Eyquem de Montaigne was one of the most significant philosophers of the French Renaissance, and he died aged 59, in 1592. He was buried at the family chateau near Périgord before his remains were moved to a Bordeaux church, which became a monastery that was later destroyed.

In 2018, the director of the Museum of Aquitaine in Bordeaux discovered a coffin in the basement, along with a copper plate on the wall bearing the name: Michel de Montaigne.

In mid-September, scientists resumed work and will use DNA testing to determine if the remains inside are those of the eminent thinker. Also inside the sarcophagus was a bottle with a document inside... The plot thickens!