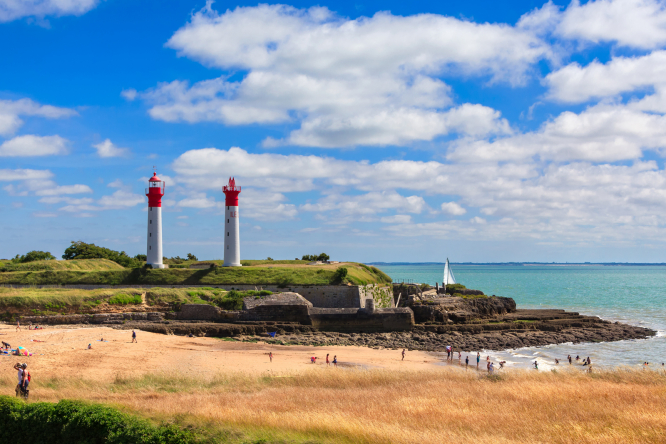 The island of Aix off the Charente-Maritime coast have done away with litter bins, inviting visitors to take their rubbish away with them Pic: Zzzz17 / Shutterstock

A 16-year-old sailor and hiker from La Rochelle has set up a charitable association to help teenagers fund their adventures on water, land or air.

Léo Rousse founded the association Team 298, which invites applications from adventurous teens keen find sponsors, and then puts them in touch.

A passionate ecologist, the student embarked upon his own expedition with classmates in April, visiting – Svalbard, the Norwegian archipelago located in the Arctic Ocean – to study the effects of climate change.

“Our mission was also to come back with a young perspective and perhaps a different vision from the adults so that we could speak out and say what we really think. A young person is perhaps more innocent, will undoubtedly see things differently and also be more creative in the solutions, even if they are not necessarily feasible.”

Bin there? Not on Aix

In a move that shows faith in tourists’ ecological commitment (and perhaps one eye on budgets), authorities on the much-visited island of Aix off the Charente-Maritime coast have done away with litter bins, inviting visitors to take their rubbish away with them. Flower boxes have taken their place.

“Before, we had very large rubbish bins but as soon as they were full, the waste piled up. Visually it was no longer bearable and it smelled very bad,” said the island’s mayor, Patrick Denaud Mayor.

Every summer, several hundred thousand tourists visit the idyllic island in the Atlantic Ocean. In 2020, 174 tonnes of waste were collected between June and September.

A nature association in the Vosges massif has called for a limit on visitor numbers, which have soared during the pandemic as locals seek to enjoy the countryside. Alsace Nature has asked authorities to regulate traffic of vehicles in the passes.

“The massif of the Vosges is not an amusement park”, spokesman Maurice Wintz told France Bleu Alsace. “There are motorcyclists who make too much noise, there are 38-tonne trucks that have no business being here, and there are a lot of cars on weekends. We have to think about more regulation.”

A man has been arrested in Ariège accused of the illegal cutting of several hundred trees. Along with several owners of the Spanish business he works for, he is awaiting trial in December and faces five years in prison and a €45,000 fine.

France’s environment-focused Grenelle Law (Loi Grenelle), the second element of which came into effect in 2010, has led to many new recycling-based businesses and charities emerging over the years, each looking to make the most of waste.

Food recycling is one such new channel, with any restaurant that exceeds the threshold of ten tonnes of bio-waste per year obliged to sort and recycle it.

“This soup is transported to a methanization unit. In tanks, bacteria degrade the organic matter. This produces natural gas, which is then sold to Engie.”

Gardening in France: French history and care of Christmas trees
28 November 2021
More from French Life
More from Connexion
Get news, views and information from France
Join the newsletter
Subscribe to The Connexion