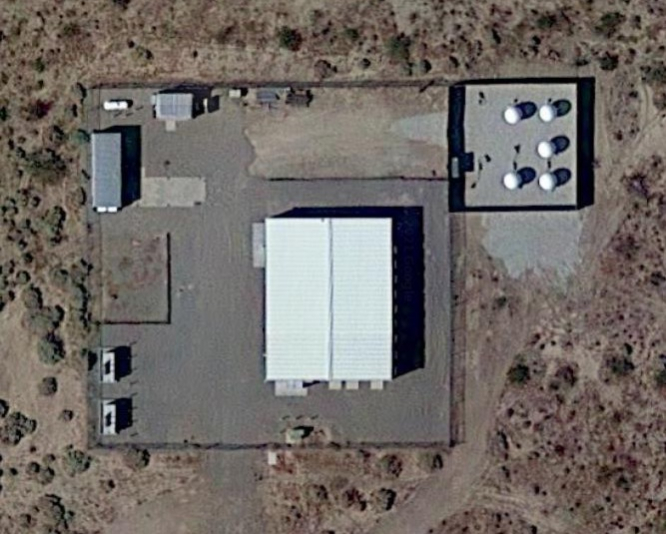 Residents of a small Normandy village were astounded to discover a SpaceX satellite ground station has full planning approval from the telecoms regulator – with no one aware of it locally.

Details are still scarce but plans show between five and 11 dome-shaped constructions with an above- ground height about that of a small bungalow. Inside the domes, aerials will track satellites and download data as part of entrepreneur Elon Musk’s plan to use satellites to provide broadband internet connections.

Starlink is delivering an initial “beta” service internationally and will continue expansion to near-global coverage of the populated world this year.

It has a number of ground stations in the US and Canada – some are listed on the satellitemap.space website.

The domes will link with a fibre-optic “superhighway” which runs underground near the site.

“It was just by chance that we became aware of this,” said EEV regional councillor and former Euro MP François Dufour, who was born in the commune of Saint-Senier-de- Beuvron, population 360, where his children still farm, and who still lives in a neighbouring commune.

“One neighbour living next to an agricultural field which has been up for sale for a while became curious about what seemed a banal planning permission for an electrical installation and wanted to know more.

“They came to the conseil municipal with me and I was shocked to find the application already had full regulatory approval for a satellite ground station from the telecoms regulator Arcep.

“It was given approval by decree, without anyone from Arcep visiting, or picking up the phone to people who live here, or even sending an email to the mairie. It is incredible.”

Mayor Benoît Hamard told local TV that he would not sign the planning application until he has more information and a public debate on the application is considered.

Mr Dufour is a founder-member of an association looking at the effect of electromagnetic radiation on farm animals. Farmers have known for years that if they are given the choice, farm animals avoid spots close to high-voltage wires, even though most humans cannot feel anything.

The association has found too that animals often avoid parts of a field with underground streams which run close to high-voltage wires, even when the wires are some distance away.

“The spot chosen is close to the river Beuvron, with livestock farmers around, and obviously I want to make sure they have considered the electro- magnetic fields,” he said.

“But there are other potential issues, including the fact we are in a Natura 2000 protected area, where even things like the colour of farm buildings are regulated, and only a couple of kilometres from Mont St-Michel.

“We need to know what these domes will look like, and what they will be built of. Neighbours who live 130 metres from the site want to know how noisy it will be. If there are cooling fans going all day and night, then obviously they will oppose it. At the moment, we know nothing and have been told nothing.”

The CDC group of communes and the regional council have no idea if they will benefit from additional taxes from the ground station.

When wind turbines or factories are installed, communes benefit from taxes on production, but as the station will not produce anything, it is unlikely this will apply. Mr Dufour said the satellite ground station also raised fundamental questions about how France is governed.

He said: “After the gilets jaunes protests, the government promised to be much more open with the people in rural areas far from Paris when projects are planned. And yet you get this one shovelled though by bureaucrats in Paris without so much as a single phone call. It is shocking and shows the president says one thing and his government does another.”

Arcep told Connexion that it will not comment on the issue.

Mr Musk, whose other ventures include Tesla electric cars, battery factories and the experimental hyperloop vacuum system vaunted as a replacement for TGV trains, is well-known for avoiding journalists.

A spokeswoman for the Normandy regional council told Connexion that the first they knew of the project was when they read about it in the press.

“Apparently, Arcep made no consultation with local authorities and made its decision alone,” she said.

“These authorisations for the use of radio frequencies do not fall under our remit as a regional council and so there is no way we can oppose them.”

Mr Dufour said he had been told there are three more ground stations planned in France, all near the fibre-optic “superhighway”, and one in Ireland. “Again, it appears no one at the other sites has been told a thing.”

Humans will walk on Mars in 30 years: French astronaut