Zen and the art of modern stress-level maintenance 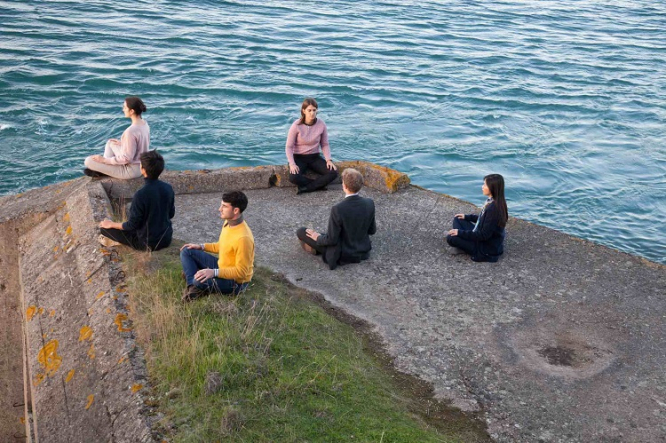 Some businesses offer sessions for their staff, there are numerous self-teach apps and YouTube videos and it has been introduced into the medical world.

In 2018, CHU Bordeaux hospital began offering mindfulness meditation sessions for patients and staff. Audrey Simion, a psychologist at the hospital recently told France 3: “We see there is a notable calming effect on medical staff. Just five minutes in the day gives benefits to both personnel and patients.”

The Ministry of Education has given authorisation to meditation and yoga associations to give sessions in schools and it is now in the classroom from maternelle through to degree level.

In 2014, Candice Marro created the Association Méditation dans l’Enseignement after she participated in the introduction of mindfulness programmes in UK schools.

The association grew quickly and now intervenes in more than 12 education authorities.

“It is secular meditation,” she said, “which settles your nervous system, and trains your brain to be attentive.

“Lots of experts believe it is really necessary today because of the increase in use of computers and phones which means there is too much stimulation and children can become hyper-active or the opposite when they cannot do anything.

“We carry it out first thing in the morning or after the midday break and teachers report they feel less stress in the classroom afterwards and pupils focus better on the lessons.”

Over the past five years, meditation schools and centres have seen a huge rise in the numbers of people signing up for their lessons.

The Ecole Occidentale de Méditation, based in Paris but which runs courses all over the country, was founded thirteen years ago and started with just two or three seminars a year, attended by around 20 people.

Now, there are several events a year, and around 80 sign up for each session.

It is a non-profit making association and was founded by one of the leading meditation teachers and writers in France, Fabrice Midal.

He says his aim is not to be calm, zen and detached from the real world, but to use meditation to be more open, caring of others and more active in the world: “I want to reinstate the kind of wisdom which helps us, simply, to be more human,” he said.

Mathieu Brégégère is Events Co-ordinator for the school, and says there is a real explosion in the desire for people to incorporate meditation in their lives: “I think this is because of a mix of factors. Meditation has become acceptable because scientific studies have proved it is beneficial. The fact that the Department of Education says it can be introduced into the classroom shows how widely accepted it is now.

“People do seem to be facing more stress in their daily lives. Working people want to find ways to take a break from their over-timetabled lives and they hope meditation will help them.”

He warns it cannot be a quick fix to our daily problems.

“There has been so much media attention recently that people think it will immediately make them happier. It is why it is important to have proper lessons, to learn the necessary techniques.

“Profound benefits do not come for many years, but if you learn properly you can see the results fairly quickly.”

He says meditation completely changed his life: “I was a social worker working with disadvantaged teenagers and when I started meditation I quickly realised how often I was distracted when I was with the teenagers.

This was a shock, and meditation taught me to live more fully in the present which helped me give the teenagers my full attention.”

The school has branches in Nantes, Belgium, Switzerland and in Canada, but with demand coming from all over France it intends to expand here in the near future.