Women wearing trousers was illegal in France until 2013 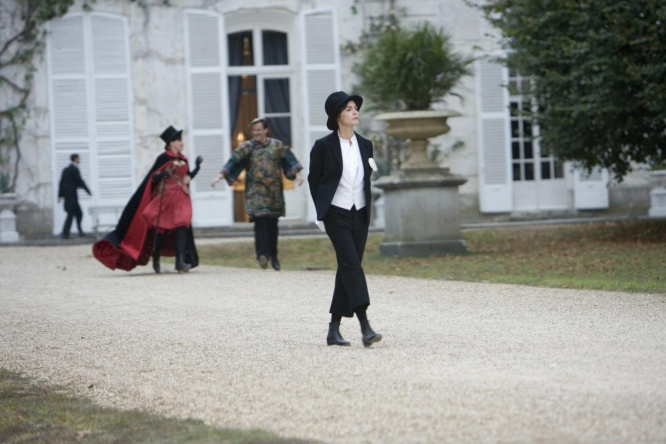 Did you know? Women wearing trousers in France was illegal until 2013. Pictured: Audrey Tautou playing the trouser-wearing pioneer Gabrielle “Coco” Chanel in 2008.
By Connexion Journalist

Police permission required to get dressed

It was illegal for women to wear trousers in France up to 2013, when a law dating from November 17, 1800 was still in force. Its title was “Decree concerning the cross-dressing of women” and said that
“Any woman who wants to dress like a man must go to the Police for permission to do so.” This was amended in 1892 and 1909 to allow women to wear trousers “if the woman is holding bicycle handlebars or the reins of a horse.”

During the 19th century any woman who dared to wear trousers was regarded as a rebel. Rosa Bonheur was an artist who was non-conformist but in 1852 she did ask for the required permission to wear trousers so she could go to the cattle and sheep markets as she specialised in paintings of animals.

The novelist George Sand chose to wear male attire in public but without a permit. She found trousers more comfortable and also discovered that she could get access more easily to places women were not allowed into.

Marie-Rose Astié de Valsayre was a nurse and musician and championed women’s rights. As well as founding the Women’s League in 1889 and campaigning for equal pay, she also petitioned MPs for the right for women to wear trousers in 1887, which failed. In 1895 she campaigned against a project to forbid women cyclists to wear trousers other than when they were on their bicycles.

In the early 19th century it was still seen as scandalous for women to wear trousers. Madeleine Pelletier was the first women psychiatrist in France and an early feminist fighting for women’s emancipation. She wore her hair short and was known for her “cross-dressing.” She said she wore trousers and dressed like a man to distance herself from femininity.

Did you know? The new mayor of Bordeaux plans to make it car-free

A shift in roles during the war

During the World Wars, when women began taking up the jobs of the men who were fighting at the front, they also began wearing more practical clothes. But in high society, figures like Coco Chanel, Marlène Dietrich or Katharine Hepburn were still judged outrageous when they wore trousers.

It wasn’t until the 1960s that trousers for women began to be acceptable and when fashion designers such as Yves Saint Laurent began to include them on the catwalk. But as late as 1978, MP Chantal Leblanc was refused entry to the Assemblée Nationale building when when she arrived in cord trousers. Eventually she was allowed in, but during her period in office she was one of very few to wear trousers.

In July 2012 the Senator for the Côte-d’Or, Alain Houpert asked for the 1800 law, which had been ignored for years, to be repealed and his request was duly carried out by the Ministry for Women’s Rights on January 31, 2013, because the decree “is incompatible with the principals of equality between women and men.”