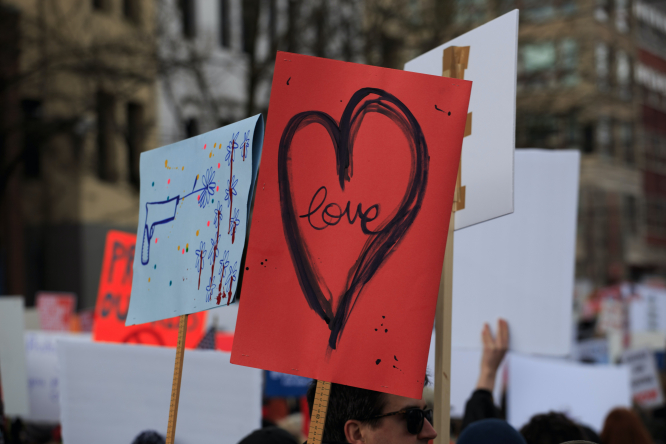 Meet the couples who are handling love being in limbo thanks to coronavirus-induced travel restrictions.
By Thomas Brent

One group still very much feeling the effects of Covid-19 are transnational couples who remain separated by travel restrictions. Most are Europeans who have non-European partners. The last time students Sarah, 22, and her partner Alec, 22, saw each other, they were in Vienna and got engaged. That was more than five months ago, at the end of February. Since then, the couple have been separated. Sarah, a French-Swiss national, lives in Angers, while Alec has American, Canadian and Brazilian nationalities and lives in Florida, where he returned after they were engaged, assuming he could come back easily.

People currently in the US are not yet permitted to enter France, unless they are French or EU citizens (who may be accompanied by their spouse or children), residents of France or of another EU country and transiting through France to get there, or they work in a field relevant to combating Covid-19. Sarah is one of hundreds of French people in a transnational relationship now fighting for non-married couples to be afforded the same right as married couples in being permitted to travel to see their loved ones.

“If it wasn’t for the Covid-19 pandemic and travel bans, we would be married by now,” she said. “Why shouldn’t we be able to join each other to finally get lawfully married? “Married couples don’t have lower chances of catching or transmitting Covid than non-married couples.”

More news on travel restrictions: understanding what reconfinement in France would mean for tourists

Sarah and Alec are not the only couple frustrated by the restrictions. French real estate consultant Fabien Deniel, 44, and his Russian partner Julia Lgovskaia, 47, a TV presenter and image consultant (helping people look their best), have also been separated since the end of February. They have had a whirlwind romance since meeting a year ago via friends.

Julia had been visiting regularly on a tourist visa, allowing up to 90 days in every 180. They had signed a lease together in Bordeaux, he was set to visit her in April and they were to return together to get married in France. Russia is also not on a list of countries considered to be safe for EU travel. Mr Deniel had hoped that the French embassy in Moscow would allow Ms Lgovskaia to join him in France but so far he has been disappointed.

“We asked for a pass, on June 30 and July 15, which were refused each time,” he said. “They asked for a common lease, I provided it to them, and then they asked me for a long-stay visa for my girlfriend. We have the impression that they are playing with us and that the dice have been loaded since the beginning.”

The couple are both members of a Facebook group called Covid-19 – Couples séparés au delà des frontières de l’UE. There are currently 1,327 members of the group, which is campaigning for unmarried couples to have the same rights as married couples regarding travel restrictions and helps support couples who are struggling to cope with the situation. This Facebook group is specifically for couples where one person is French, but there are other international groups with the same objectives.

One, called Love Is Not Tourism, has more than 10,000 members. The Couples séparés group has been lobbying French politicians on the issue and has garnered support from MPs Mireille Clapot (LREM) and Jean-Paul Lecoq (Parti Communiste Français). Mr Lecoq wrote to Minister of Europe and Foreign Affairs Jean-Yves Le Drian asking if anything could be done to allow these couples to be reunited.

Connexion spoke to six couples, including Julie and Carmel, students in their 20s. Julie, who is French and whose partner is from Israel, said: “Of course, all the aspects are burdensome, but it is the uncertainty that makes us suffer the most. If we could at least know when this separation will end, it would make our task much easier.”

Elsewhere in Europe, Denmark has introduced a system allowing girlfriends and boyfriends, grandparents and grandchildren of Danish residents to enter the country, as long as they can show a negative Covid-19 test carried out within 72 hours prior to arrival.

We spoke to more couples separated by travel bans...

We have been together for three years but have known each other for 20 years. We were dating when we were students.

We usually saw each other every other week, in France or the US, depending on obligations. So we would spend about 50% of our time together. Well, that was before.

We managed to meet again in Mexico at the beginning of July. One of the only countries welcoming people without quarantine and nationality requirements. We cannot leave our countries for more than a week at a time for family reasons so there is no question for the moment to join the other one definitively in a country.

We call each other every day like we always have, but it's different. To feel the other one at your side is so precious and we miss it terribly. The hardest part is not having a date to see each other again. We're navigating in a void. What about the future? Second wave? It's really not knowing and not being considered that's the hardest part.

I’m Xavier, 25, an engineer and IT professional in the finance sector from France and my partner is Stacey, 23, dietitian student from the US.

We met during one of my trips to California in 2018. Since then, we see each other every three months or so, for several weeks or even several months sometimes (either in France or in the USA). The last time we saw each other was in January 2020 in the USA.

We were planning to live together at the end of 2020.

We started a Visa procedure several months ago so that I could go to live in the United States with her, but unfortunately the American embassy of France has not been processing any visas for months because of Covid-19.

Stacey was supposed to come in June (planned since January), we contacted Air France, United Airlines, Paris and San Francisco airports, embassies, MPs, etc... but each time we get the same answer (when we are not ignored), "only married couples are allowed". It's hopeless!

In the 21st century getting married doesn't mean the same thing at all as it did twenty years ago. Married and unmarried couples remain couples, we are two humans in a stable relationship with feelings and a plan to live together.

All essential travel should be authorised and supervised with instructions. Love, family are essential reasons. it is incomprehensible to be confronted with rules with such outdated conditions.

I’m Marianne, 25, a lawyer from France and my partner is Laurence, 28, an anaesthesiologist originally from Nigeria but living permanently in the US.

We've been separated for several months now. We were supposed to get married in April, so that I could start the process of obtaining the J2 visa (visa for a spouse allowed to live in the United States).

After six years of relationship, 2020 was finally going to be OUR year, the beginning of a permanent life together.

We met in London during our studies, then lived apart (I in Cambodia and then back in Paris; he on the island of Grenada and then in the United States). I spent a year in the United States as part of my studies to get closer to him, passed the bar in New York to have a little more chance to stay there, but I couldn't get a visa in 2018. After almost two years of working in France, we decided to get married and I decided to leave everything to join him.

Unfortunately, we had to cancel and postpone everything.

This period has upset me deeply. The distance has always been difficult to live with but this period has caused me extreme anxiety that I had not felt before. It's extremely complicated to know that it's impossible to get on a plane and reach your other half. The frustration is immense. It's very, very difficult to live through. It only reinforced my desire to join him as soon as possible. To leave everything, my work here, my loved ones, my country that I love so much. But the fear that an episode like that could happen again makes me even more determined to settle down permanently in the United States with him.

I have also suffered from significant post-Covid symptoms, and the anxiety is only getting worse with each passing day. It is vital that I can finally reach him.

Have you heard? France may return to UK's Covid quarantine list