Celebrate bread with our French expressions 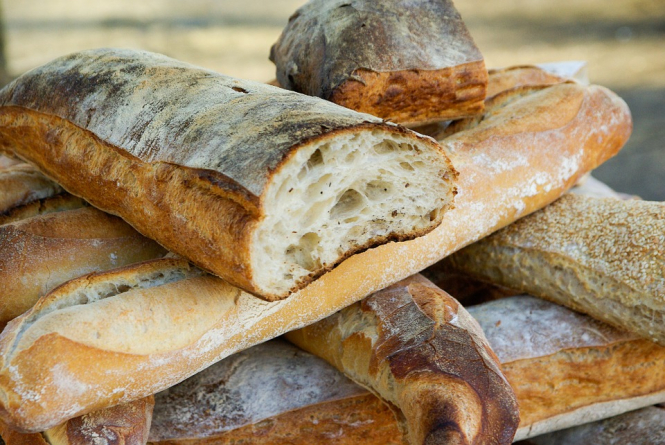 La Fête du Pain is always in the week in which May 16, the name day of Saint Honoré, the patron of bakers, falls. Until May 19, several events take place all over France in bakeries, restaurants or museums and a contest to find the best baguette is also organised.

To tie in, we have picked seven French expressions about bread.

This means you have a lot of things to do, a lot of work. The expression originally meant to have enough (bread) to survive in the future, as bakers used to prepare and stock bread on a plank in the 19th century.

If someone says ‘c’est du pain bénit’ about something, this means it is a great opportunity.

This means that something is selling very well and fast. It comes from the Bible and the moment Jesus gave bread and fish to a starving crowd of people.

‘Je ne mange pas de ce pain là’, this is what you can say when you do not want to do something that is not part of your moral values. Bread is something shared by everyone and someone can invite you to eat it in order to share his plans which can be immoral.

5/ Pour une bouchée de pain (for a mouthful of bread)

This means for almost nothing. It can be used if you buy something very cheap. The expression dates from the 17th century when bread was inexpensive.

This means something is very long and boring. In the 17th century, a day without bread was considered as a difficult day.