Académie Française wants to limit use of word 'Brexit' 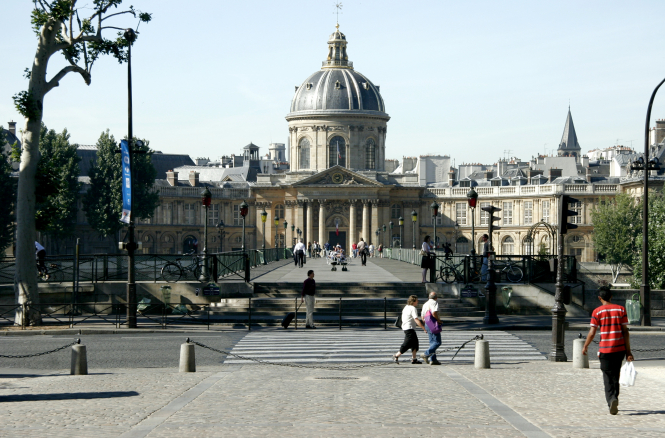 EDITOR'S NOTE: This story was an April Fool's hoax.

The Académie Française, whose role is to protect the French language and rule over matters concerning its evolution, has called for French public bodies and the press not to use the word Brexit. It is suggesting instead that a new French word 'RUquit' [pronounced 'rue-keet'] is used in its place.

Brexit – an amalgam of ‘British’ and ‘Exit’ - was the political word of 2016, both in the run-up to the June referendum and subsequent negotiations for Britain’s departure from the European Union and is set to be used in the media for years to come. Its creation has been credited to Peter Wilding, from the think tank British Influence.

However, it seems this particular British influence – the word is in common parlance in bars, schools, offices, newspapers and TV shows across France - has annoyed the linguistic body in Paris, who would prefer that French people use their own phrase to describe the UK’s departure from the EU.

A spokesman from the Académie Française, Hervé Faraugier, told Connexion: ‘We have ruled in several similar cases such as for the word courriel to be used instead of email. Brexit is used more and more in headlines and comes on top of the Paris Olympics bid chose ‘Made for Sharing' as its slogan. Enough is enough. We believe it is time that anglicisms were not welcomed quite so slavishly into the French lexicon. The French should be proud of their own linguistic creativity and not pander to English-language buzz words.”

We asked if M Faraugier had any suggestions for a French alternative. “We have had regular debates over this in our weekly ‘No foreign words allowed’ meetings,” he said. “As the UK is called Royaume-Uni in France, and quitter is to leave, we suggest RUquit.”

Formed in 1635 by Cardinal Richelieu, the Académie Française is a council of 40 artists and writers who act as France’s official authorities on grammar and vocabulary. Esteemed former members include Voltaire and former president Valéry Giscard d’Estaing.