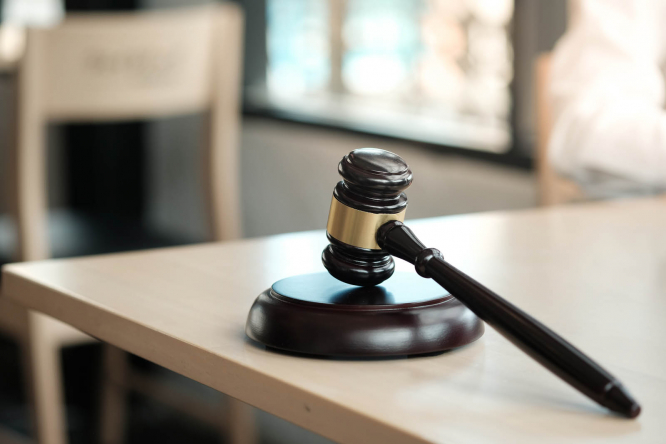 'There is a growing fracture between the country and how the people feel, and what is decided in the name of everyone by Paris' says Fulup Jakez, director of the Office Public de la Langue Bretonne Pic: Lee Charlie / Shutterstock

The law was passed in April, with 247 MPs voting in favour, 76 against, and 19 abstaining.

It was the first of its kind since the Fifth Republic was created in 1958, and aimed to protect and promote regional languages across France.

There are more than 70, most of them from France’s overseas territories.

The law gave schools – at all levels – the possibility of “immersive teaching” in a regional language, meaning they would be permitted to offer teaching in a specific regional language for the majority of the school day.

It also ensured parents would be able to give their children traditional names that have diacritics – accents or marks added to letters to change their pronunciation – not found in the French language.

These are the two elements of the law that have been blocked by France’s Constitutional Council, in a decision handed down on May 21.

France’s constitution was updated in 1992 to include the line: “The language of the Republic is French.”

The Constitutional Council deemed the two elements of the regional languages law contradict this.

The law was referred to the Constitutional Council by a group of MPs from the presidential majority, including Education Minister Jean-Michel Blanquer.

This has left many in areas of France where the regional languages are spoken feeling undermined by a centralised power.

A group of 125 MPs and senators in France who support the law have now written an open letter addressed to President Emmanuel Macron calling for a change to the constitution to “enable the promotion, preservation and passing on of regional languages to be secured once and for all”.

Fulup Jakez, director of the Office Public de la Langue Bretonne (OFLP), said the law was significant in the protection of France’s regional languages, and the Constitutional Council’s decision was disappointing.

He said: “It is a political decision that is not surprising in itself because, in France, politics is very centralised – the country denies that it is diverse.

“There is a strong ideology in the government and among the upper authorities that states that French is the only language in France. For many years, we have not accepted the richness of the diversity of the languages in the country.

“Then, for the first time in around 70 years, the majority of parliamentarians decided to adopt this law that allowed us to give a legal framework to protect regional languages. It was the first time since 1951.

“It was voted for against the will of the government, which is extraordinary in France. It happens very rarely. Immersive teaching is important because today the majority of parents do not speak regional languages, so schools are essential places to pass on these languages.

“If we really want to have bilingual speakers, we need to have stronger teaching methods, like immersive teaching.

“On the question of whether the use of regional languages will lead to more separatist movements, the government should have confidence in its people.

“There is not really a big separatist movement in France. The fact is that regional languages already exist in France, and I don’t see why we should see these languages eradicated in the name of this fantasy fear.

“It is like the UK deciding to limit the teaching of Welsh in schools, or to stop people using the Welsh spelling of names.

“The fact that more than 100 MPs wrote an open letter saying this decision is not good shows that there is a huge gap in what the French population thinks, with their views reflected by their MPs, and the vision that Paris has of the rest of France.

“There is a growing fracture between the country and how the people feel, and what is decided in the name of everyone by Paris.

“But we have arrived at the end of the road. The Constitutional Council is the supreme authority. The only solution that remains is to change the constitution to make it more democratic. I think that could take a very long time.”