Cookie Consent by FreePrivacyPolicy.com Improve your French: When to use the simple nicety 'bon appétit' French News and Views in English | The Connexion
17 may 2021
Classifieds Currency exchange Newsletter
Login Register BASKET
Facebook Twitter

Improve your French: When to use the simple nicety 'bon appétit' 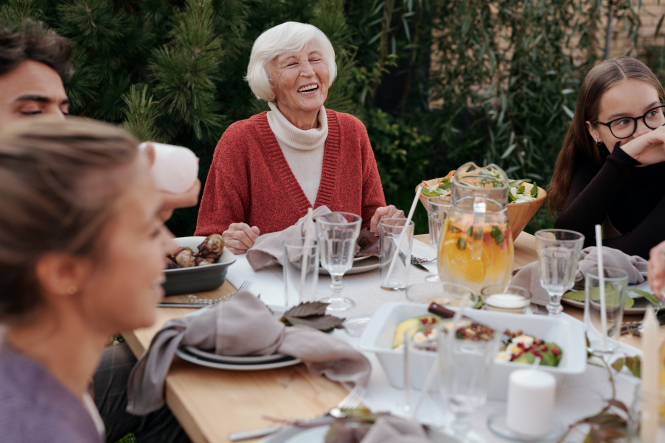 One of the best-known and widely used French phrases, even for those with a limited vocabulary or linguistic education, is the mealtime utterance “Bon appétit,” which is generally intended to mean “Enjoy your meal.”

Back in 2018, Le Figaro even named the phrase in its list of the 10 most used by English speakers. Others included “chic”, “déjà-vu” and “je ne sais quoi”.

However, the use of this simple nicety is more fraught with social maladroitness than you could ever imagine. In certain circles – one might include traditionalists or those with a ‘superior’ outlook – ‘Bon appétit’ is little more than a heinous vulgarism which reveals the well-wisher’s lack of education and manners.

The reason for this is that back in the Middle Ages, anyone about to tuck into a meal that was less than appetising or easily digestible (as was commonplace – remember, this is before French cuisine as we know and love it today) would just as likely have been issued with a ‘Bon courage’ or ‘Bonne chance’. ‘Good luck with getting that digested’ was the inference.

So once the culinary arts were more established by the 19th century, it would have been an insult to the chef/host to say ‘Bon appétit’, as it implied that a diner required a bit of luck for ‘good gastric progress’ after their meal.

Our advice? It’s nice to be nice, so why not issue a friendly ‘Bon app’ regardless – unless your host is either 200 years old, a linguistics professor, particularly pedantic or the President of the Republic.

Or following your entrée, just wait for subsequent plats to arrive – you may be on safer ground with ‘bonne continuation’ (in this sense, “keep enjoying your meal”).

Improve your French: The mixed meaning of 'quarantine'

G’day Sheila could have been b’jour Bruce
16 August 2019
More from Language
More from Connexion
Get news, views and information from France
Join the newsletter
Subscribe to The Connexion