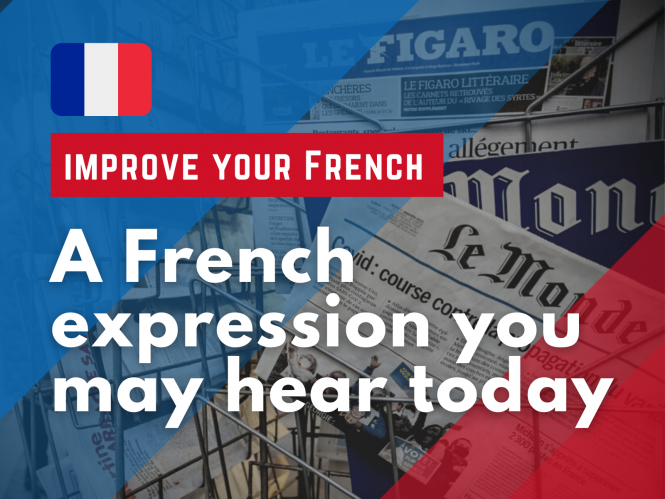 Traditionally on November 25, unmarried women over the age of 25 known as Catherinettes pray for husbands. It is customary for them to wear eccentric yellow and green hats at meals and gatherings - the yellow symbolising faith and the green symbolising wisdom - often gifted to them by their friends.

We look at three French expressions related to hats:

This expression means to be held accountable for something (a crime or failure).

Hats have been associated for centuries with social status, as looking at somebody’s hat one could usually determine their profession or social class. For example, aristocrats would often wear distinctive top hats.

In the 17th century, ‘putting a hat on someone’s head’ implied changing the hat they originally wore and therefore slandering them or ruining their reputation.

In the 20th century, the expression we hear today, ‘to wear the hat’, evolved with the meaning of being guilty or accused of something.

Sur les chapeaux de roues (literally ‘on the hats of the wheels’):

This expression is often used with the verbs commencer (to start), partir (to leave) and démarrer (to start up/kick off).

It means to move off very quickly.

Les chapeaux des roues (‘the hats of the wheels’) was a term used to describe the hubcaps of a car - the decorative metal or plastic disks we find on wheels.

When a driver took a turn too quickly, it would look like the hubcaps touched the ground and the expression evolved to refer to any activity that starts quickly.

Travailler du chapeau (literally ‘to work from the hat’):

This expression refers to someone who is perceived as delirious or a little bit crazy.

In the past, hat-makers in factories were exposed to mercury in the felt used to make the hats. They would therefore suffer from symptoms such as slurred speech, memory loss, insomnia and delusions.

To the outside eye, they would appear to be crazy, which inspired the expression.

In English, a saying of similar origin is ‘mad as a hatter’.