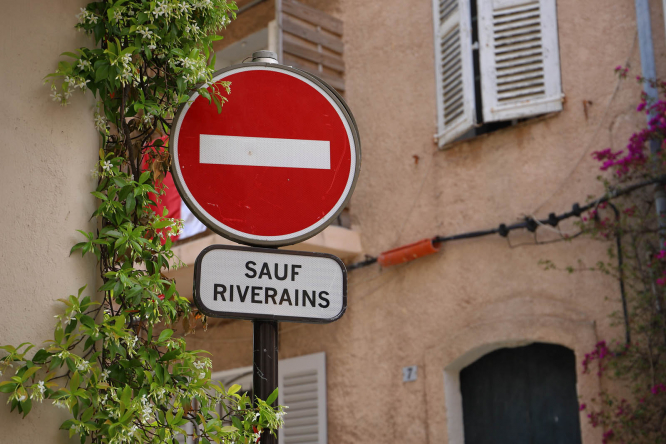 A riverain can refer more broadly to anyone ‘who lives down this street’ Pic: Zoran Pajic / Shutterstock

Municipal mishaps that affect local life are commonplace in France, and the French – not known for being shrinking violets when it comes to any impingement – no matter how small – of their civil liberties, often react with instant dismay or anger.

One such local council cock-up occurred back in 2014 in the village of Grand Mauléon (Deux-Sèvres), when two ‘no entry, except for local residents’ signs were placed at either end of a 3.5km stretch of narrow country lane.

One of the residents immediately penned a letter to the mairie, saying that the sign now forbids him, or any of the ten other households in the hamlet, from receiving either a doctor or friends without them breaking the code de la route (the French equivalent of the Highway Code). It is local, municipal authorities who have the power to erect such a panneau (sign).

One of the signs, it turned out, had been placed in error, and was duly removed.

The signs in question read sauf riverains – and these are seen widely in France.

‘Sauf’ means ‘except for’ but the word riverain is something of a false friend linguistically-speaking, in that to the anglophone eye and ear, it implies the involvement each time of a river. Which is correct to some extent –  etymologically speaking one sense of riverain is someone who lives or owns land or property along the banks of a river.

Except that the signs also appear on streets where there is no river nearby. This is because it is linked to the word rive, which can mean river bank but also just 'sides' or 'edge'.

In this sense it means living 'along the sides' of the street and as such a riverain can refer to anyone ‘who lives down this street’.

Talking of rivers, some waterways in France are called rivière while others – only those that flow into the sea – are called fleuves. Rivières are tributaries (un affluent) of fleuves.

8 hours ago
2
Map: Gastro outbreaks on rise in France - which areas are worst hit?

17 hours ago
4
France considers petrol cheques: What are they are, who would benefit?

Deadline looms for young people to enter contest to win EU rail pass
19 October 2021
More from Language
More from Connexion
Get news, views and information from France
Join the newsletter
Subscribe to The Connexion