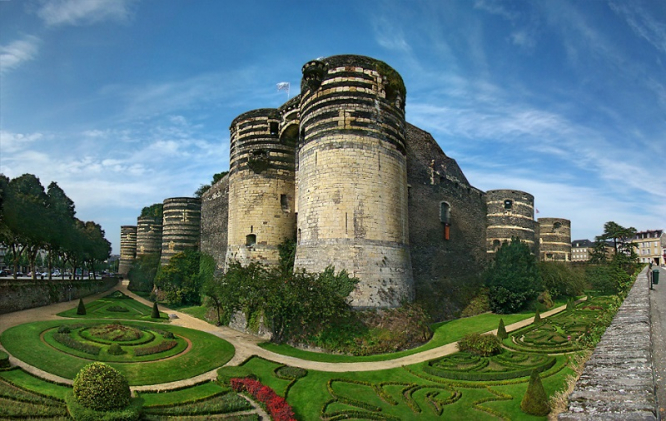 Given rising temperatures and increased pollution in city centres, local authorities are turning to tree planting to help their concrete-filled urban areas to breathe.

Among those to announce new measures and planting programmes is Angers (pictured above) in Maine-et-Loire,  where more than 100,000 trees will be planted over the next five years.

The mairie has already invested €450,000 to plant 45,000 trees before the end of this year. “This allows carbon capture. It also allows humidification,” said Isabelle Le Manio, Deputy Mayor in charge of the environment.

The council spends €60 per inhabitant each year on green spaces.

Honey season is not so sweet

2019 has been a disastrous year for honeymakers (apiculteurs) everywhere in France with the exception of Brittany, said the National Union of Honeymakers (UNAF).

Weather conditions are to blame, said a spokesman from the agricultural union Modef. “A very mild winter allowed for a good egg laying, but the very populous colonies found themselves without flowers or honeydew and quickly collapsed.

“Bees cannot collect anything. In the hives, there is no food, beekeepers are forced to feed them with syrup because they risk starvation.”

A new reward scheme for those who collect and recycle plastic bottles has been launched in Reims (Marne).

The Yoyo scheme, which is joinable via a smartphone app, has been initially rolled out in four parts of town where recycling is currently weakest but, if successful after 18 months the mairie will expand it.

Members can either be a trieur (sorter) who picks up empty bags and fills them with compacted plastic bottles, or a ‘coach’ who sorts and processes the filled bags.

Collectors earn 125 points per bag, and coaches earn 25 points, which can be spent on the app’s ‘shop’, which sells water flasks, bamboo toothbrushes or cinema tickets (500 points). As Connexion went to press there were 139 people signed up as trieurs.

Drivers in La Madeleine, a town near Lille (Nord), are susceptible to a fine if sitting in a stationary car – unless in traffic or at red lights – with the engine running.

He outlined the circumstances in which an engine must not be left running: “I am in my vehicle, I wait for my vehicle to heat up... or for air conditioning, I make phone calls, I write down my GPS coordinates...”

The level of fine has not yet been set, however in the town of Sceaux in the Hauts-de-Seine, where a similar scheme was introduced in March, it is €135.

A new 100% ‘positive energy’ primary school in l’Isle-d’Espagnac, Charente, is finished and set to welcome pupils in October.

Its walls house 500 straw bales covered in clay and sand, while the roof has solar panels, so the school will have no electricity or heating costs.

“You can blow on the wall, it won’t move,” Etienne Besson, an architect with the Bordeaux firm Dauphins Architecture, told Charente Libre.