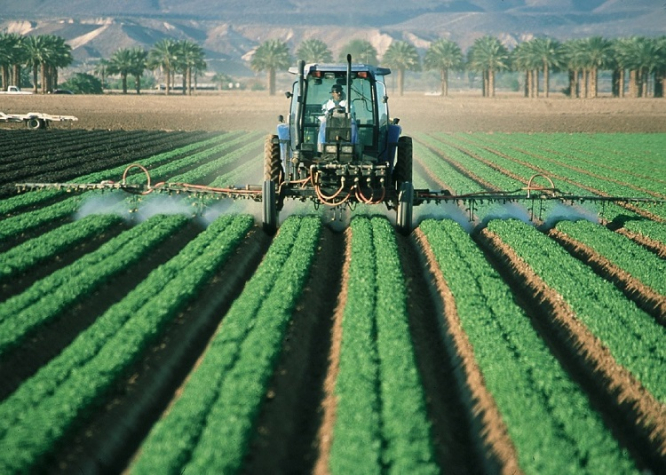 French Parliament has agreed to create a fund to help compensate professionals such as farmers who are or become victims of exposure to pesticides.
By Connexion journalist

Fund for workers exposed to pesticides

French Parliament has agreed to create a fund to help compensate professionals such as farmers who are or become victims of exposure to pesticides.

In its report on the fund’s creation, the Assemblée’s Social Affairs Committee said it was justified not only by “national solidarity” towards the victims, but also by the “responsibility of the State”, which governs authorisation for pesticide sales.

“This is a real way to ensure that exposed farmers and their families are better compensated. We are simplifying and improving the recognition of their rights,” said Health Minister Agnès Buzyn.

As the fund is based on the current occupational health system, a future amendment will also include those not currently employed but previously affected, such as retired workers or those who were born to mothers whose professional activity saw them exposed to pesticides.

The mayor of Florange in Moselle (Grand Est) has said the municipality will file a legal claim against the ArcelorMittal steel factory, accusing it of dumping oil into the local river.

“We’ll file a complaint, as we do every time the Fensch is polluted,” said Mayor Rémy Dick.

Meanwhile a CGT union delegate from the plant also accuses the firm of the “deliberate release of [400 litres of] hydrochloric acid”.

The claim was refuted by the company – ArcelorMittal said in a press statement that “no acid release [had] occurred”. “This possibility was mistakenly mentioned in a first internal report, but it was quickly dismissed,” the group said.

Europacity doors close before they open

The proposed creation of the huge Europacity shopping and leisure complex north of Paris (Green news, Connexion, December) has been definitively halted by the French government.

The project at Gonesse, Val-d’Oise, while widely supported by local elected officials, has for years been the subject of strong opposition from environmental organisations and traders’ associations.

In announcing the project’s end, President Macron said he considers that it “no longer corresponds to the aspirations of our fellow citizens”, but added that an alternative project would be considered, one with less emphasis “on leisure and consumption”.

Residents in a fifty-apartment co-propriété building in Valence (Drôme) have created a communal henhouse in which reside ten layers of their daily eggs.

Residents feed the chickens food waste then can buy eggs for 30cents each. “The henhouse, in addition to being an ecological project that brings back social ties, is also a way to raise awareness, not only among adults, but especially among children,” says one resident.

Within two years, one of France’s largest car plants, PSA in Sochaux (Doubs) will be equipped with 45,000 solar panels.

The panels will cover 10,000 cars in its ready-for-sale vehicle shipping car park, and will create 20 megawatts of power, equivalent to the annual electricity consumption of a town of 10,000 inhabitants.