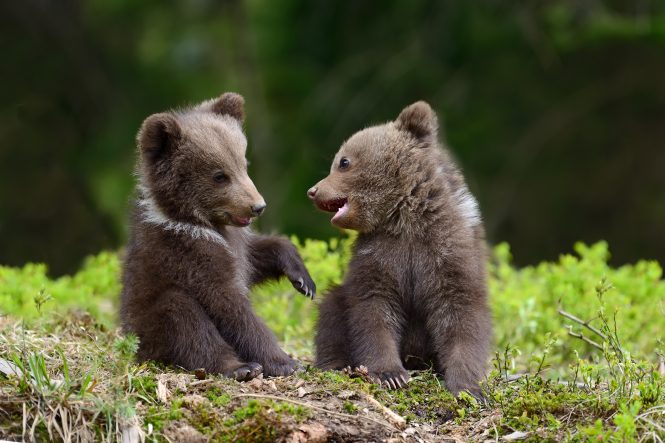 Two bear cubs left orphaned when their mother was shot dead by a hunter it attacked in Seix, Ariège, are unlikely to survive the winter on their own, says the animal protection group Association pour la protection des animaux sauvages (Aspas).

The cubs’ mother, who is thought to have been protecting them when it bit the hunter, seriously injured the 70-year-old’s femoral artery before he fired two fatal shots. The hunter was taken to hospital, and the bear was found dead later.

With hibernation season coming up, Aspas’ representative for Ariège, Alain Marek, said, “The cubs are still there, all alone, we don’t know where...Without the mother, they won’t know how to feed themselves or where to hide.”

They are both under a year old, meaning their chances of survival are “tiny”, he said.

Mr Marek said that there’s “not much” that can be done: “We could try to capture them but it’s very, very difficult, practically impossible.”

He explained that they are in an area of the mountains that is not easy to access for humans and a rescue mission would be incredibly expensive considering the cost of time, materials, people and drones or helicopters.

He said that it comes down to letting nature take its course: “If they’re lucky, they’ll survive and if they’re not lucky, they will die.”

Various organisations have been advocating for the protection of the cubs.

This includes Pays de l’Ours, which is “asking that the [French Office of Biodiversity] follow these animals in particular, that hunting be suspended in the area, and we call on the hunters of the valley to be very vigilant towards these harmless and still fragile cubs”.

Activists are also calling to bring the hunter who killed the mother bear to justice, as well as to end hunting in areas known to be frequented by bears.

Activist Josy Dumas has started a petition addressed to the Minister of Ecological Transition, Barbara Pompili, which advocates for the end of hunting in bear zones. It has amassed almost 40,000 signatures so far.

She argues that “this drama could have been avoided if the hunters had respected the bear's territory”, as it was known that bears frequented the area.

An investigation is taking place to determine how the incident occurred.

It is suspected that the mother bear could be Caramelles, a bear born in 1997 and orphaned the same year when her mother Mellba was killed by a hunter.

Bears in France were approaching extinction due to hunting in the 1990s but the government started reintroducing them from Slovenia, with 64 counted last year, including 16 cubs.

Can I pay a UK cheque into my French bank account?
22 January 2022
More from Nature
More from Connexion
Get news, views and information from France
Join the newsletter
Subscribe to The Connexion