Why are death rates rising among hedgehogs in France? 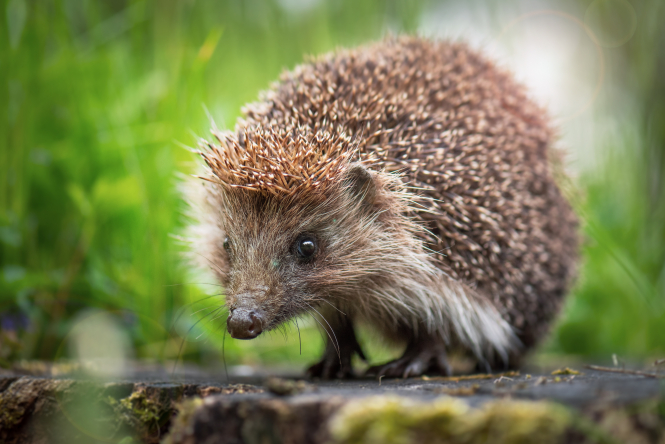 Young hedgehogs are especially vulnerable as they are being born later in the year, meaning they do not have time to develop properly before winter Pic: DenisNata / Shutterstock

Hedgehogs are dying in higher numbers every year in Normandy, a new five-year study has found, prompting the authors to question what could be causing such a ’catastrophe’.

As well as a significant rise in admissions of wild hedgehogs being brought in for treatment, the numbers of hedgehogs dying have increased year-on-year.

A vet from CHENE, Laure Prevost, told France 3: “Since 2015, the curve has been rising. Last year 440 hedgehogs [died in a veterinary clinic] and this year was a catastrophe; 640 hedgehogs.”

Ms Prevost said the small mammals were often brought in for care in worrying states that were hard to diagnose. Often, they were dehydrated, anaemic or with weakened immune systems. “Some are coughing, others have diarrhoea, others have many parasites. It’s hard to treat them because we don’t know what is wrong,” she said.

CHENE centre manager, Alain Beaufils, told Actu that among 180 hedgehogs that were studied, some had “respiratory problems, genetic defects, and signs of general weakness”.

He said: “Very often multiple organs were affected. Is that linked to a weakened immune system and, if so, how do we explain it?”

The findings reflect other studies that have found that hedgehog populations are declining in France, for various reasons.

Expert Philippe Jourde, who has studied the animal extensively, told FranceInfo that populations have fallen by 70% in 20 years “due to agricultural pesticides and the transformation of the natural habitat”.

In addition, President for the Société française pour l’étude et la protection des mammifères, Christian-Philippe Arthur, told Le Monde in 2017 that an average of 1.8 million hedgehogs die each year on roads in France. He said: “The mortality rate is three times higher than it was five years ago.”

Climate change could also be an issue, as the CHENE study found that more hedgehogs were being born in autumn as temperatures get warmer. This does not give them time to develop before colder winter temperatures arrive.

“They are still too small and not healthy,” Ms Prévost said. “We have to keep them under surveillance throughout winter which doesn’t do them any favours, because the stress means they could develop deadly illnesses.”

CHENE is also investigating instances of parasites, including the rare hedgehog worm, Brachylaemus erinaceus, as well as whether exposure to specific pesticides, heavy metals or plant protection products could provoke such symptoms in hedgehogs.

In the meantime, hedgehog protection group Mission Hérisson advised the following for people who find unwell hedgehogs in the wild:

Autumn in France: How to help hedgehogs as winter approaches

Can I pay a UK cheque into my French bank account?
22 January 2022
More from Nature
More from Connexion
Get news, views and information from France
Join the newsletter
Subscribe to The Connexion